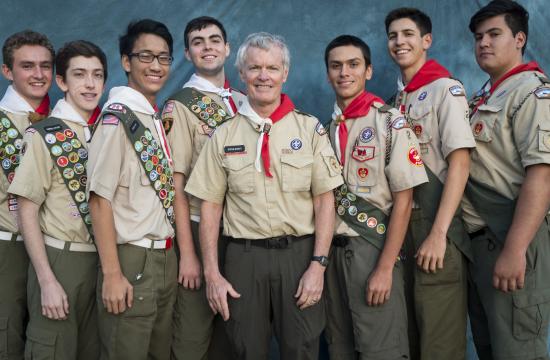 Seven Santa Monica teenagers will be awarded the highest rank one can earn in the Boy Scouts of America on June 7. Campbell Burns Affleck, Sebastian Joseph Carillo Langlois, David Jimmy Lin, Sean Aaron McHugh, Hayden Sauters, Jonathan Bingham Seymour, and Bennett G. Zemke will be honored with the rank of Eagle Scout at the Troop 2 Eagle Court of Honor to be held at Camp Josepho.

The Eagle rank honors exemplary effort, leadership, and service. Only two percent of Boy Scouts achieve the rank of Eagle. In addition to demonstrating proficiency in first aid, citizenship, camping, swimming, emergency preparedness, and many other skills, Eagle candidates must coordinate and complete a community service project that demonstrates significant leadership abilities. Each of the scouts best replica watches being honored led a major project to improve quality of life in the community. Affleck repainted a shed, attached a rain gutter and built and installed worm composting bins at Grand View Boulevard Elementary School. Langlois built a large storage shed for playground equipment and bicycles at Mt. Olive Preschool.

Troop 2 is one of the oldest and largest Boy Scout troops in the Western United States. In its 67-year history, Troop 2 has graduated 328 Eagle Scouts and traveled to scout camps and high adventure destinations throughout the United States. Troop 2 Scouts are known to have saved at least 56 lives.

Prosecutors have filed charges against a man for lighting a Santa Monica Police Department (SMPD) vehicle on fire. This week...

The 5th annual Quinn’s Coco for the cure event hosted a drive through coco stand bringing together the community and...