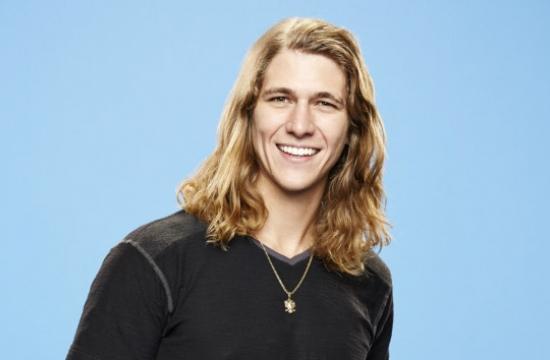 “Big Brother” begins its 17th season at 8 p.m. tonight in what CBS is billing as the start of the two-night season premiere, with a special guest appearing each night to reveal twists that could affect the cast and viewers.

The series’ biggest change this season is “BB Takeover” where a surprise guest will appear each week to announce a new twist into the game.

“Big Brother” follows a group of 14 “Houseguests,” including three from the Los Angeles area, separated from the outside world, living together in what CBS described as a “modern steel beach house” on the CBS Studio Center lot in Studio City.

The house is outfitted with 80 high-definition cameras, four more than last season, and more than 100 microphones recording the contestants’ every move 24 hours a day.

One houseguest is voted out each week. The last remaining houseguest will receive the $500,000 grand prize.

This season’s “Big Brother” house is the largest in series history with the addition of the “Sky Bridge,” which adds 155 square feet of living space. The floor is comprised of 12 clear Plexiglas panels with a clear view to the first floor below.

The house’s living room includes a 22-foot steel “Wave Wall,” made of custom curved steel, wood and Plexiglas. The wall required the ceiling to be raised from 12 feet to 24 feet.

While the downstairs portion of the house is intended to evoke the sea, the upstairs was inspired by the sky. The Head of Household suite has transparent flooring and clouds. The beach theme continues in the bedrooms, with one filled with coral and driftwood and the others conveying the feel of the sea at night.

The second part of the season premiere will air at 8 p.m. Thursday. “Big Brother” will regularly air Sundays and Wednesdays at 8 p.m. with the eviction show airing Thursdays at 9 p.m.

The houseguests include Jace Agolli, a 23-year-old native of Dunwoody, Georgia, who now lives in Venice Beach and is a professional trainer; Austin Matelson a 30-year-old from Woodland Hills who wrestles professionally under the name Judas; and Da’Vonne Rogers, a 27-year-old poker dealer who was raised in Inglewood and now lives in Los Angeles.

Agolli said he models his life after the movie adventurer Indiana Jones and describes himself as “clever, mighty and brave.”

Matelson said his parents were hippies who let him stop going to school before eighth grade, but he later received a master’s degree in medieval history.

Rogers said she comes from an extremely religious family, with her mother being a minister and an uncle a pastor. However, she said when her family was in church and Bible study, she was at the beach or out with her friends.

Rogers said her grandmother was the person who understood her best and who encouraged her to apply to be on the show when the two watched “Big Brother” together.

Rogers is a single mother who said the most difficult part of being in the “Big Brother” house will be “being away from my daughter and not being able to see her, hold her or smell her.”

“I can handle what the house has to offer,” Rogers said. “I’m just going to miss my baby. I’ve never been away from her for more than a few hours.”