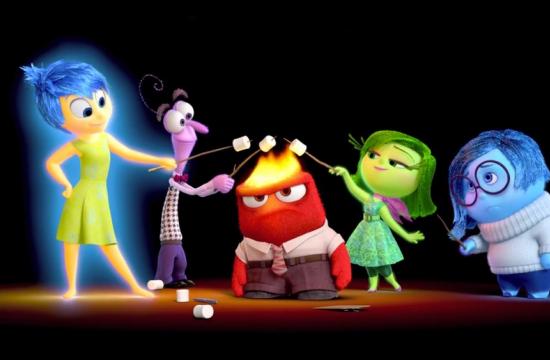 Santa Monica is a city that encourages creativity and innovation. Walking down the Third Street Promenade, you will see street performers galore. Behind in the alley, you have comedians in Westside Comedy Theater trying to present their original material to an audience. Santa Monica and West Los Angeles in general is a cradle of innovation.

Pixar’s Inside Out premiered this last weekend on June 19, and it’s an original script. It’s a masterpiece.

Pixar’s hot new number one hit premiered last weekend and – oh wait, no it didn’t. For the first time in Pixar’s history, Inside Out premiered at number two at the box office, behind Jurassic World, which took home first prize for the second week in a row.

Remember Avatar? James Cameron’s CGI masterpiece? That was the juggernaut of original movies in terms of gross domestic box office up until now. Obviously, Jurassic

World and the new Mad Max were both wildly successful films, but they’re sequels. Inside Out has managed to beat Avatar in its opening weekend, scoring $90 million compared to Avatar’s $77 million, and yet Avatar is the second highest grossing movie of all time, even after adjusting for inflation. So what happened to Pixar? Inside Out was met by near universal critical acclaim, as well as audience acclaim (Rotten Tomatoes has it at a 98 percent critic rating and 92 percent audience rating).

A lot of critics and audiences are fawning over how original the movie is. Granted, it is way more innovative than almost everything else in the movie theaters these days, but why is it so popular?

Looking at every other Pixar movie, we can find one common thing: emotion. Also known as “feels” by the internet, Pixar knows how to make their audience experience them. People remember being Riley’s age in Inside Out, that awkward preteen who’s trying to navigate everything around her. Inside Out isn’t the only Pixar movie that tugs at your heartstrings.

The Toy Story series, Monsters Inc., Up, all of them have moments that are known to severely touch the audience. It’s a winning formula, and especially with something like Inside Out, number one should’ve been held within Joy, Sadness, Fear, Disgust, and Anger’s fingertips.

And yet, Jurassic World remained victorious this last weekend by more than $10 million. Why? If you ever go to the movies, you will notice that almost every movie is a sequel, reboot, prequel, or whatever quel you can think of.

There have been complaints about all the adaptations and reboots for years now, and yet major studios are pumping these repeats out. The reason being is that it’s safe. It costs a lot of money to make a movie, and if a studio takes a chance on something new and fails, it loses money. The best way to avoid that is to make something with a built-in audience of fans.

The last major original film before Inside Out was Tomorrowland. Granted, it’s based off of a part of Disneyland, but the title was where the similarities ended. The film didn’t do too well box office wise (just scraping past its budget), which will no doubt cause Walt Disney Pictures to balk at the next original script that’s presented to them.

The point is, if people want more original works, they have to actually go see them. Inside Out is a step in the right direction, but it was just bad timing, with Jurassic World and its undeniably handsome star already occupying the number one spot.