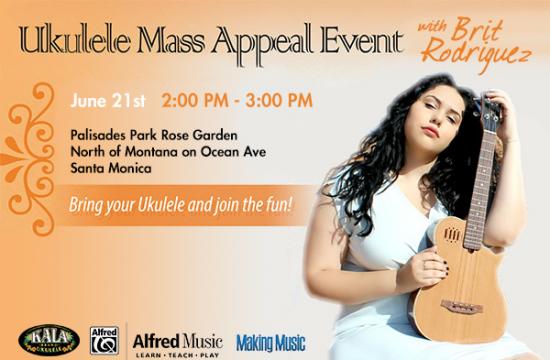 On Sunday June 21, the summer solstice, a variety of performances in parks will take place across the City of Santa Monica. This will be the fourth year Santa Monica participates in Make Music Los Angeles/MMLA, a countywide celebration of music.

The event is based on France’s Fête de la Musique, a national musical holiday inaugurated in 1982.

To encourage participation in the event, the Cultural Affairs Division offered grants to the City’s Neighborhood Associations. Six are partnering with Phil Brock to create special musical offerings for the day. The Pico Neighborhood Association invites residents and visitors to Virginia Avenue Park from 2-7:30 pm. Bands include PYFC All-Stars, Larissa Dubois, Mack Keane, Leah Hall, and FreeLA, plus an opportunity for visitors to make their own music with The 100 Hohner Harmonica Project with Tom Nolan.

One hundred harmonicas, courtesy of Hohner, a 156 year old musical instrument company, will be distributed to participants who can join a lesson and play along with a live music performance. The North of Montana Association will host music in Palisades Park’s Rose Garden between 2-8pm featuring Ukelele Mass Appeal with Brit Rodriguez, Dianne Michelle, Charlize Diaz de Leon, Carolyn Crotty, TRIL, Marcey Yates, JPS and Breaking Up a Monologue.

The Historic San Vicente Coalition features music from 3-7 pm at Palisades Park’s Inspiration Point. Groups include: Nick Kandler, Band Meets World, Tee-M, Ben Anderson and Kinsey Ry. With so many parks activated, everyone should be able to experience live music and even make some of their own during Santa Monica’s celebration of Make Music Los Angeles.

MMLA has become an international phenomenon celebrated on the same day, the summer solstice, in more than 460 cities in 110 countries. Admission to all events is free. :

Cost: All events and performances are free. For updated information on the line up at each park, times and locations, visit http://makemusicla.org.