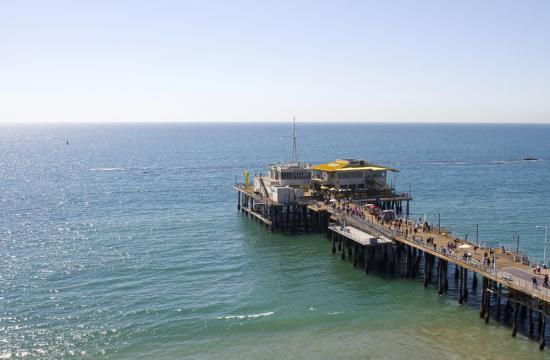 Santa Monica City Council approved a handful of consent calendar items at its Tuesday, July 28 night meeting, including nail patrol and deckboard replacement at Santa Monica Pier, background check updates, bi-annual satisfaction surveys, and electrical and street lights. As these items generally do not need any discussion or debate, City Council typically approves all these items together without discussion or individual motions.

The city will award a bid to Schock Contracting Corporation for deckboard replacement services and John S. Meek Company for nail patrol services at the Santa Monica Pier. Both companies will also perform needed repairs to the pier.

The City replaces approximately 20 wooden deckboards per month at the pier to maintain the structure against damage caused by vehicles, the elements, and general usage, which increases each year during the 10-week Twilight Concert Series.

The contractor will provide equipment and labor to pull up, replace, and cut up old deckboards of disposal, according to City staff.

Nail patrols covering the pier will be performed monthly to hammer down those loose and hazardous nails, thereby eliminating any trip hazards.

This process is accomplished though fingerprinting potential employees and contract employees. The reason for the resolution, which seems common sense, is to update and clarify the City’s policies regarding the access. The policies would be consistent with State and Federal law, according to City staff.

Similar questions are asked each year to allow to compare results and additional questions are developed to address emerging issues, meet operational need of city departments, and to establish new benchmarks on key services, according to City staff.

The surveys have been conducted over landlines and cellphones.

One Source Distributions and Royal Wholesale Electric, both California-based companies, won the bid to provide electrical and street lighting for the City.

The contract will be for a three-year period not to exceed $1,128,252. One Source Distributions and Royal Wholesale Electric beat out five other bids for the contract.

The City completes approximately 3,000 electrical work orders per year including repair of lighting and power systems at city facilities and maintenance of street lighting. Approximately $240,000 will be spent on electrical and street lighting supplies in fiscal year 2014-15, according to the City staff report.

The City of Santa Monica rejected a bid that would install exterior and interior advertising on Big Blue Bus fleet as well as advertisements on the Culver City bus fleet. The city wants to reopen the bidding process in order to obtain the best bidder.

City staff will now have to execute an interim contract service agreement with J. Perez Associates in an amount not to exceed $85,680 for six months.

When the bidding process was open, staff received only two bids. The low bidder turnout was a topic during last meeting’s consent calendar discussion, which ended with City Manager Rick Cole saying he would take a look at the issue, reviewing the process to see whether it was a “systemic problem or an episodic one.” The topic was addressed when the city received only one bid for its electric car fleet.

The city will be receiving three grants, two awarded by Caltrans’ Active Transportation Program and one by Metro’s Open Streets Grant Program for a total of $1,250,000 in grant funds.

The two grants from Caltrans are $600,000 for Fourth Street walking and biking upgrades for Expo, downtown, and Civic Center; and the other is $450,000 for the Santa Monica Safe Routes to School Program.

The award from Metro was $200,000 for the Santa Monica Expo Open Streets Project.

There will also be a service and fare equity analysis that would determine if the proposed service or fare change results in an adverse impact on minority populations or a disproportionate burden on low-income populations.

Depending on the outcome of the equity analysis, the Big Blue Bus may modify the proposed change to avoid adverse impacts on minority and low-income persons, if they are found, according to City staff.