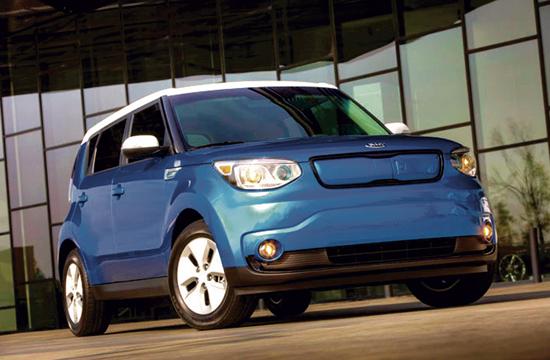 Santa Monica City Council approved a handful of consent calendar items at its Tuesday, July 14 meeting, including purchase of electric vehicles, engine and transmission maintenance, street lighting, and plumbing supplies. As these items generally do not need any discussion or debate, City Council typically approves all these items together without discussion or individual motions.

The item regarding the purchase of 14 KIA Soul electric vehicles stirred up an uncharacteristically long consent calendar discussion.

“Well I think this is beyond single sourcing,” said Councilwoman Sue Himmelrich. “We put these items out and received only one bid, and I was particularly struck by the 14 cars that seemed to me to be a fairly fundable item. You wonder why we didn’t receive more bids, and I wonder if our City Manager and our Assistant City Manager think that we can do better on this and whether we should go out and bid again.”

The bid was awarded to Wondries Fleet Group for the purchase and delivery of 14 Kia Soul electric vehicles in an amount not to exceed $563,453. This purchase would replace 14 vehicles that have reached the end of their useful life through the Vehicle Replacement Program.

Councilmembers expressed concern over the lack of bidders – well really no bidders expect for one, Wondries Fleet Group.

Himmelrich even wondered whether Council should hold off on the purchase in order to look at other options and find more bidders.

City Manager Rick Cole helped to assuage Himmelrich’s and the rest of Councils’ concerns, offering explanation as to why the turnout was so low.

“We’re looking to buy a relatively focused, which is our electric vehicles, for our fleet. And so not everyone that is in the…fleet business does that…and not every dealer wants to get involved with a public entity,” Cole said.

“Why don’t we do this: we’ll bring back an information report in the fall that addresses globally these issues,” Cole said, referring to the high number of single bids on the consent calendar. “I am not sure whether this is a systemic problem or an episodic one, but lets take a systematic look at it.”

The City’s fleet of transit buses requires routine engine and transmission maintenance and repair, so the city of Santa Monica will be purchasing Allison Transmission and Detroit Diesel Corporation from Valley Power System.

The amount is not to exceed $190,000 for one year, with two additional one-year renewal options to extend with 4 percent increase on Allison and 6 percent increase on Detroit Diesel, under the same terms and conditions for a total amount not to exceed $570,000 over a three-year period with future year funding contingent on Council budget approval, according to staff.

One Source Distributions and Royal Wholesale Electric, both California-based companies, won the bid to provide electrical and street lighting for the city.

The contract will be for a three-year period not to exceed $1,128,252. One Scource Distributions and Royal Wholesale Electric beat out five other bids for the contract.

Ferguson Enterprise and Hirsch Pipe & Supply will be supplying plumbing supplies such as rain openers, toilets, urinals, water heaters, and faucets, just to name a few, for the city. They beat out two other bidders for the job.

Ferguson Enterprise and Hirsch Pipe & Supply will receive an amount not to exceed $788,126 over a three-year period.

Ferguson Enterprises and Hirsch Pipe & Supply offered the best prices and both have provided supplies satisfactorily for several years. Both vendors also gave supply houses based in Santa Monica.