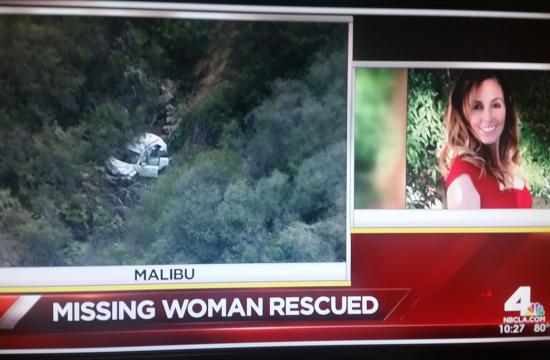 A woman reported missing from Simi Valley was found inside her crashed SUV today about 50 feet down the side of a hillside north of Malibu and taken to a hospital with what were described as moderate injuries.

According to the sheriff’s department, a passerby heard a female voice coming from the vehicle and notified authorities.

Duron was last seen leaving her home on Monday morning in her white 2014 Kia Sorento, reportedly en route to the beach.

Crews carried her up the hillside in a rescue basket, and placed her in an ambulance for transport to a hospital, he said.