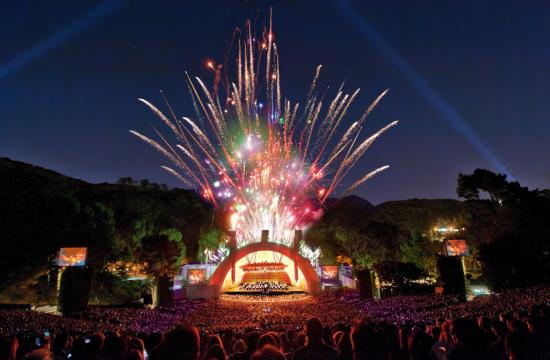 Fans are in for a treat this weekend as Los Angeles Philharmonic presents Tchaikovsky Spectacular with Fireworks this Friday and Saturday (July 24-25) at 8 pm both nights at the Hollywood Bowl.

Is there any moment more thrilling than when the marching band joins the orchestra, the cannon start firing, and the fireworks blast off for the 1812 Overture? Summer isn’t complete without this beloved Bowl tradition.

Los Angeles Philharmonic conductor Gustavo Dudamel will lead the Tchaikovsky Spectacular with Fireworks for the first time. Also on the program is Tchaikovsky’s Symphony No. 5 – which Dudamel conducted during his U.S. debut appearance at the Hollywood Bowl 10 years ago in 2005 – along with selections from Swan Lake and The Nutcracker.