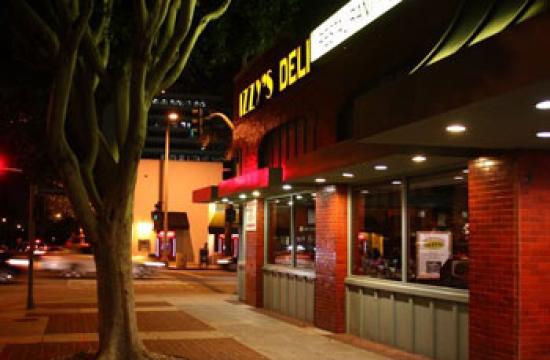 A 39-year-old homeless man was arrested on Saturday, July 4, after smashing the front window at a famous Santa Monica deli.

Officers of the Santa Monica Police Department were sent out to Izzy’s Deli (popularly known as “Deli To The Stars”), located at 1433 Wilshire Blvd., at 2:45 am because staff at this 24-hour restaurant had informed dispatch that a man was actively breaking the front window of the restaurant.

The officers sped to the scene and when they arrived at Izzy’s Deli they spotted the suspect sitting on the curb bleeding profusely from a significant cut to his forearm.

The officers called paramedics who on arrival hurried the man to an area hospital.

After the man had been treated for the wound to he was released to the custody of the officers who arrested him and charged him with felony vandalism. Bail for this man was set at $20,000.