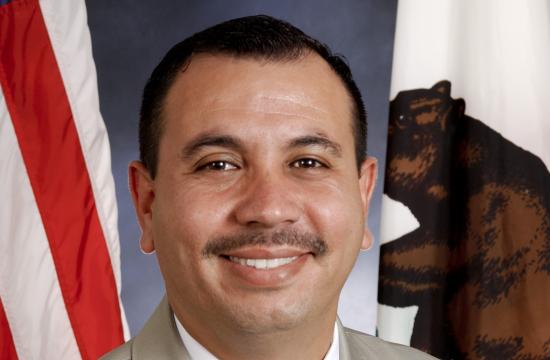 A bipartisan measure to increase the number of elected supervisors from 5 to 7 members in counties that have more than two million residents authored by Senator Tony Mendoza (D-Artesia) was approved Tuesday by the Senate Elections and Constitutional Amendments Committee. The measure now goes to the Senate Appropriations Committee.

Senate Constitutional Amendment 8 will have to be approved by a two-thirds vote of the legislature, and then by a majority of Californians during the next statewide general election scheduled for Tuesday, Nov. 8, 2016.

“California’s population and demographics have changed significantly since the formation more than one-hundred and sixty-five years ago of representative governmental entities known as counties,” said Senator Tony Mendoza. “Residents of California’s largest counties deserve a more representative and responsive government at the county level. This can be achieved by expanding the number of elected supervisors from five to seven seats.”

Said Senator Sharon Runner (R-Antelope Valley), Co-author of SCA 8, “I do not typically advocate for expanding government, however, SCA 8 provides greater representation for California’s communities, which is very important in my district.”

“A mountain range and over 60 miles of driving separate the communities I represent in northern Los Angeles County from the main county offices; increasing local representation for our area is necessary,” added Senator Runner.

“The time has come for California to modernize the boards of supervisors of its largest counties so that there is greater representation for its residents,” said Mendoza.

SCA 8 will require any county with more than two million residents based upon the 2020 Census to add a minimum of two seats to its board of supervisors. The measure will maintain funding of the expanded board at pre-expansion levels.

County supervisors have both a legislative function and executive branch responsibilities for their constituents. They direct and oversee a majority of state services for residents including healthcare, public safety, traffic, social services, public works, recreation, and libraries among others. However, although elected, the number of members on county board of supervisors has not changed despite dramatic changes in population, demographics, services and responsibilities.

In the five largest California counties, which include Los Angeles, San Bernardino, Riverside, San Diego and Orange, a board of supervisor member represents from 400,000 to more than 2,000,000 residents.

The current board of supervisor system provides few opportunities to increase the diversity of the boards to better reflect the changes in the state’s demographics. In the five largest counties, out of 25 board members, only two are Latino. This is despite the fact that in three of the five counties (Los Angeles, San Bernardino, Riverside), Latinos are almost half of the population. In the other two counties (San Diego and Orange), the Latino population is almost one-third.

“Expanding the number of supervisorial seats for the state’s largest counties will provide the opportunity for these bodies to be more reflective of the people they represent and serve,” said Senator Mendoza.

“Elections to any of the board seats in the five counties with populations of more than two million people are expensive and results in limited competition. By increasing the number of seats from the current five to seven seats in the five counties with the largest populations, more candidates will be able to compete for the ten additional seats,” said Mendoza. “This measure is non-partisan and will allow all political party candidates access to run for office.”