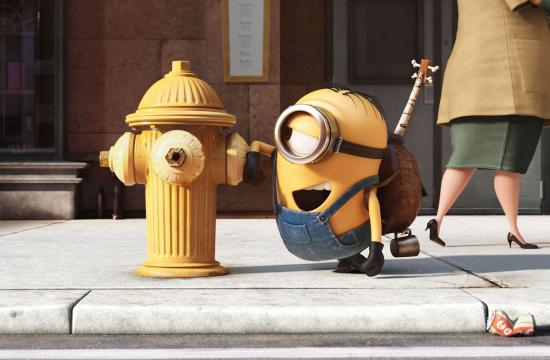 “Minions” made mincemeat of the dinos at the movieplexes this weekend, as the yellow spinoffs from “Despicable Me” crushed “Jurassic World” in the North American box office race.

“Minions” was projected to open with $115.2 million in ticket sales in the U.S. and Canada, according to Universal estimates.

But shed no tears for the vanquished reptiles, which slunk into second place with $18.1 million in sales. That movie, also from Universal, was on track today to exceed $599 million in domestic sales over its five-week reign at the top of the moviehouse foodchain.

“Inside Out” was third, again just behind the Jurassic critters, with an estimated $17.1 million. And “Terminator Genisys” was fourth, at $13.7 million.

“Gallows” debuted in fifth place, with an estimated $10 million in sales.