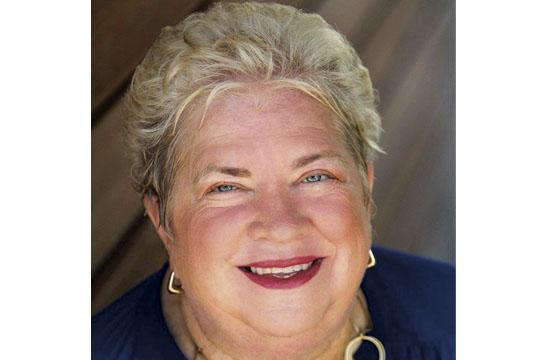 The task of making appointments to the Santa Monica Planning Commission became heated at the City Council meeting on Tuesday, June 23 with Councilwoman Pam O’Connor almost storming out the meeting in dramatic fashion.

Frustrated with the way discussion was going late into the City Council meeting – namely that Council seemed poised to vote on all three open seats after there was a late withdrawal from incumbent Carter Rubin – O’Connor began packing up her things as Mayor Kevin McKeown had the floor. She had reached a boiling point it would seem.

“So you are going to leave instead of vote,” McKeown said to O’Connor as she got up from her seat at the dais.

O’Connor headed for the exit partly out of frustration, but mostly because McKeown had mentioned earlier that he wanted to get all the votes accomplished  that night because all Councilmembers were present, something that hasn’t happened since May 5, according to McKeown.

Her exit, perhaps, would have halted the entire Planning Commission appointment vote.

“We should really try to act civil here,” Mayor Pro Tempore Tony Vazquez quickly said into the microphone as O’Connor made her way towards the exit door. “This isn’t the way you conduct business, I mean come on.”

The back and forth continued as O’Connor fired back halfway out of the room. What was said wasn’t picked up by City TV cameras that film the meetings.

“You don’t get your way and you walk out? We should behave like professionals here,” Vazquez said in response.

They volleyed a few back-and-forths before O’Connor made her way back to the dais to address Council in the microphone, on record.

“I am being told that the only way that we are not going to do this is if we don’t have a full Council,” she said, regaining composure. “So if that’s the threshold, I can help,” she got in before McKeown and Vazquez both began talking into their microphones, filling the Chamber with competing voices.

“Can you both just hold,” McKeown finally interrupted, taking control of the floor, both arms spread out, palms up, as a sort of peaceful gesture towards Vazquez and O’Connor, who were on opposite sides of the dais.

McKeown was able to regain control of the meeting and the matter was taken to a vote.

Councilmember Winterer made the first motion, seconded by Councilmember Sue Himmelrich, to go through with approving three Planning Commission appointments slated for the evening.

“I would support doing all three tonight,” said Himmelrich. “Primarily as I look at the applications, there’s only one person on this list that has applied after March of this year, so there has been plenty of time to interview all of them…everything else is from November and December of last year.”

Vazquez made a second motion, seconded by O’Day, to vote on two of the three seats, allowing more time for Council to review applicants for the late withdrawal seat and giving time for the public, if they so wish, to apply for the position.

The motion passed six to one, with only Winterer dissenting, saying that for him it was all three or nothing.

When all was said and done, longtime Landmarks Commissioner Nina Fresco was appointed to replace Jim Ries on the Planning Commission and current Commission Chair Jason Parry was reappointed.

Carter Rubin, who was up for reappointment on Tuesday, withdrew his name in the lead-up to the meeting. His replacement will be decided at a future council meeting when all Council members are present and after they have all had time to review candidates.

It was a short lived position for Rubin – he was only appointed to the Planning Commission in late March of this year to fill the seat left vacant by Himmelrich who had to resign after being elected to City Council last November.