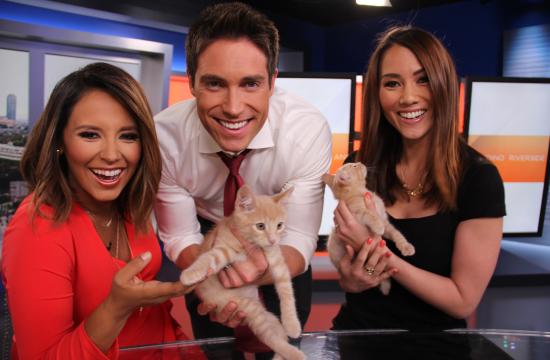 NBC4 Southern California and Telemundo 52 are teaming up with nearly 50 animal shelters in more than 400 cities and regions throughout the five counties they serve on a first-of-its-kind pet adoption initiative – Clear the Shelters – on Saturday, Aug. 15.

Locally, Santa Monica Animal Control will be among those participating.

“I’m proud that our stations are working with so many local animal shelters throughout the Southland to help rescue thousands of animals,” said NBC4 President and General Manager Steve Carlston. “This is an exciting initiative to support an important community cause and mobilize millions of people to adopt a pet from their neighborhood shelter.”

On this national day of action, participating animal shelters in Southern California will offer a reduced adoption fee of $20, and open their doors from 10 am to 6 pm. Local sponsor VCA Animal Hospitals will have their expert veterinarians and healthcare teams on-site, and all pets adopted during the event will receive a limited health guarantee and a gift bag filled with pet essentials.

NBC4 and Telemundo 52, along with several anchors and reporters, will visit select shelters to celebrate with those who adopt, including a red carpet for adoptive parents and their pets, photo opportunities and a live stream online.

The public is encouraged to begin posting photos with their pets on social media using the hashtag #CleartheShelters and #DesocuparAlbergues. Photos will begin posting on photo galleries at www.NBCLA.com and www.Telemundo52.com now through Aug. 15.