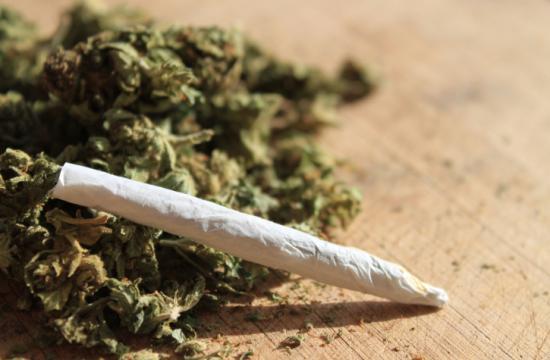 Weed Maps, a way for medical marijuana patients to find collectives near them – a sort of Yelp for marijuana, where patients can look up prices and read reviews – shows that Santa Monica has almost 24 marijuana delivery services.

Just like ordering a pizza from Dominos, a customer can pickup the phone and call in to place an order – “yes, I’ll have an eighth of the Bubba Kush and an eighth of your OG Kush;” “Alright, we’ll be there in 45 minutes.”

Soon there will be two more marijuana collectives added to that list, but instead of a delivery service, it will be a walk-in collective.

One week into the new Zoning Ordinance taking effect, Council has started to look at how they want to select and regulate the two medical marijuana collectives that are to be in Santa Monica.

The restriction to two collectives is something that was not up for debate on Tuesday night. It had already been decided upon when the Zoning Ordinance passed.

What was up for debate, however, was how council would select those two collectives from a pool of applicants.

Since Council has not given direction on the marijuana collectives, City staff has not gone forward with selecting applications for the two openings.

“The problem with people sending in applications is that we don’t know how to evaluate them since we haven’t set any criteria,” said

Councilmember Gleam Davis. “So this is an attempt to put the horse back in front of the cart and the second thing is that this should be a fairly expeditious process.”

To help figure out how best to handle selecting applicants and regulating medical marijuana, City staff and Council have proposed to look at the way other cities have gone about it. Two places in particular that Council members brought up were Berkeley, where they give marijuana discounts to low-income residents, and Santa Ana, which had seen a flooding of marijuana collectives before they cracked down on regulation.

“At one point [Santa Ana] got so over run you’d walk into an office complex and there’d be at least three collectives in there, one just down the hallway,” said Ralph Miller, who used to own and operate a collective in Santa Ana. “It got out of control. This wouldn’t just happen in a couple of office spaces. No. You’d drive down 17th street and in nearly all the office complexes this would be happening.”

Miller said that eventually the city of Santa Ana started taking steps to reduce all the collectives, most of which were operated illegally.

While the law prohibits more than two collectives, inefficient over-sight is not what the city wants or intends. However, Council wants to move swiftly with this, said Mayor Kevin McKeown, because if they drag their feet it could soon be legal federally.

Medical marijuana was decriminalized in 1996 with the passing of the Compassion Use Act. While it is decriminalized at the state level, marijuana is still classified as a schedule one drug by the federal government, along with heroin and psilocybin. The classification describes these substances as having no medical use and the most risk of abuse.

“It is a myth that state law requires you to provide commercial marijuana,” said City Manager Rick Cole. “The Compassion Law of 1996 allowed the cultivation and possession by a medical marijuana patient or their caregiver. Nothing in the act says that someone can make money selling it at a commercial establishment.”

A lot of the debate centered around how best to choose the two applicants from the applicant pool. Opinions varied from lottery decisions to comprehensive criteria that applicants must meet to be considered: a decision based of qualifications.

“A lot of the issue in Santa Ana revolved around subterranean collectives and the lottery decisions,” said Miller. “There were some selected from the lottery that just weren’t qualified enough to be operating. It wasn’t professional and Santa Monica needs to look at how to best make it a professional environment.”

Council gave direction to City staff to look at the best ways to select the applicants, regulate profits, and have low-income discounts.

“Our intent is to give staff creative license to go and figure the best way to do this, whether it is lottery or modified lottery or whatever they come up with,” McKeown said. “I do want to caution against an overly convoluted system that takes months and months and years to get theses dispensaries open.”