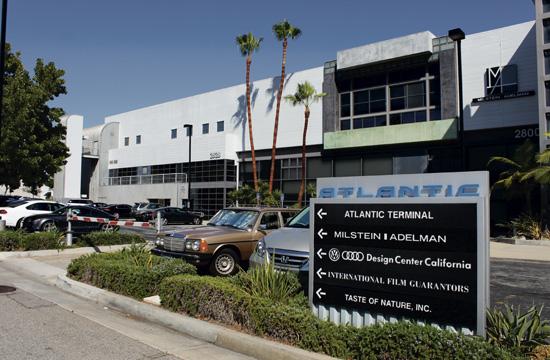 Santa Monica residents made it abundantly clear at Tuesday’s City Council meeting that the Santa Monica Airport has overstayed its welcome, but yet it remains – for how long is now the question.

Despite the near 40 members of the public who addressed Council on Tuesday night expressing their opposition to the city’s proposed new leases with the Santa Monica Airport and other tenants, some hoping for an immediate shut-down of the Airport, Council agreed to a range of tenant leases.

“This City Council and this city are working very hard to do what our community asked us to do with Measure LC,” said Mayor Kevin McKeown. “We sometimes can’t take the short term route that people ask of us because we have to play the long term game. We can’t afford to make a misstep that will set us back five years in a court hearing that we may or may not win. We have to do this right. We’re trying to very hard.”

However, there were areas of concern with some of the leases, which council decided to take a further look at.

“We did not accept proposed lease terms for four properties where the Council had substantial unanswered questions about the allowance of sub-tenancies, the economic analysis of fair rent, whether the lease terms maximized environmental protections, or other issues,” said Mayor Kevin McKeown.

Those leases were Atlantic Aviation, Krueger Aviation, Gunnell Properties, and American Flyers, which will remain month-to-month until the Council’s concerns are addressed. There is no timetable for this yet.

The overwhelming majority of public comments at the meeting addressed the community’s health concerns, ranging from jet fuel pollution, noise, and airplane accidents.

Santa Monica resident Geoffrey Shore described a story where a plane almost crashed into him. He was eating “overpriced spaghetti” at a restaurant near the airport when a pilot miscalculated his landing and crashed his plane into a hanger, causing Shore to fear for his life, “almost killing him,” Shore said.

Councilmembers questioned the plans of the FAA, who has a history of taking the city to court over the airport and who were unresponsive, even “recalcitrant” as McKeown described them, when Councilmember, city staff, and community members met with FAA representatives in Washington, D.C.

“It’s pretty obvious to me that their intention is to turn LAX into a commercial airport and Santa Monica into a private airport for luxury planes that belong to billionaires,” said Councilmember Sue Himmelrich, speaking about the FAA and the new Metroplex plan at LAX. “If the Metroplex plan is implemented because you won’t have planes waiting at LAX to take off, it will be an intensification for us.”

The discussion over agenda item 8-C began with a recapping of the trip to Washington, D.C. to meet with FAA representatives.

“We came back, frankly, a little frustrated,” McKeown said. “They made it very clear that they were going to be in listening mode only and they held very well to that…the meeting lasted about an hour and after we all spoke the administrator got out of the room and there was no further conversation with the FAA.”

The City Attorney said it was “heartening that Congressman Lieu was on the city’s side, [but that] it was disheartening that it will have to go through congress, which will take some time.”

The outcome of what will happen is still up in the air, with no timetable set for the removal of the airport. City Manager Rick Cole, reassuring the publics faith in this process, vowed to make everything as transparent as possible and that the city would make sure the public is aware of the reasons for each decision.

One thing remains certain: the FAA is not going anywhere anytime soon.

“Those folks have a religion and in their religion every runway is sacred,” said McKeown, referring to the FAA. “So we’re going to have a very hard time convincing them that Santa Monica needs to be different…there is no place else where people live as close to a runway as in Santa Monica.”