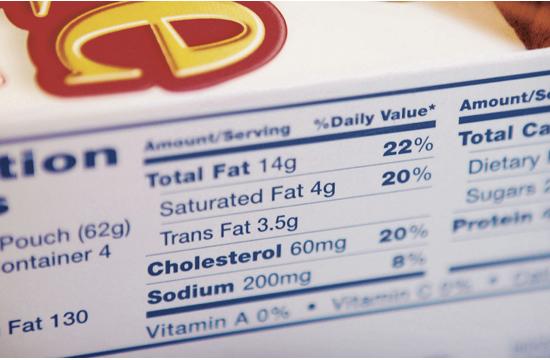 Trans fats; they are typically found in partially hydrogenated oils (PHO’s), which is used to deep-fry food and preserve processed foods like potato chips, cookies, and cakes. While trans fats are easy to use, inexpensive to produce, and last a long time, they are responsible for raising bad (LDL) cholesterol levels and lowering good (HDL) cholesterol levels.

Many restaurants and fast-food outlets in parts of the country still use trans fats to deep-fry foods because oils with trans fats can be used many times in commercial fryers.

But that’s all about to change.

Before 1990, very little was known about how trans fat can harm your health. In the 1990s, research began identifying the adverse health effects of trans fats. Based on these findings, The Food and Drug Administration (FDA) instituted labeling regulations in 2006 for trans fat. Since then, consumption has dramatically decreased in the U.S. – the most in recent decades. However some individuals may consume high levels of trans fats based on their food choices.

In an attempt to improve the health of people across the nation, the FDA has ordered that over the next three years, trans fats be banned from usage in food nationwide.

However, California elected to ban trans fats found in partially hydrogenated oils (PHO’s) back in 2011, the rest of the country is to follow suit with this new law. While it is possible to receive a permit to allow PHO’s in people food after the ban takes effect, they are otherwise not allowed to include them in food. The FDA’s reason for this is to promote the heart health of Americans.

“This action is expected to reduce coronary heart disease and prevent thousands of fatal heart attacks every year,” according to Dr. Stephen Ostroff, the FDA’s acting commissioner of food and drugs.

There has been a sharp decline – the FDA says about 78 percent – in the consumption of trans fat in the nine-year period between 2003 and 2012, mostly thanks to the mandatory labeling, but this has also caused a sort of bandwagon effect to take place.

People demonized trans fat in the mid to late 2000’s, much like people in the early to mid 2010’s demonize gluten.

In both cases, restaurants are able to say “trans fat free” on products that didn’t have trans fats in the first place, much like how bars can say “gluten free hard cider” even though cider does not contain gluten to begin with.

In Santa Monica, the ban of trans fats in 2011 wasn’t a big deal for some restaurants.

“We never used trans fats in the first place, even though they were available to us,” said one Santa Monica restaurant manager, who asked to remain anonymous. “Trans fats are used to lower the cost of frying materials, but we didn’t use them because it’s better for your health. That’s why our food may be a bit more expensive, but it’s better for you.”

She motioned to the board behind her with drink specials.

“When the 2011 ban hit, we started saying ‘no trans fats’, even though we didn’t use them anyway,” she said. “Business increased just because of that buzzword alone.”

Another issue that comes with the ban is how companies are going to replace trans fat in their foods nationwide.

Although the preservation properties of trans fat are not hard to duplicate in effect, there has been some concern in taste.

Most of trans fat’s appeal is that Americans have come to love it and consider it the norm because it has been for so long, even though its main purpose was to increase shelf life. However, despite concern, California’s potato chip sales (they were one of the leading users of trans fat) have not declined between 2011 and 2015 in any significant amount (even being rated the 38th most valuable brand by Forbes in 2015.)