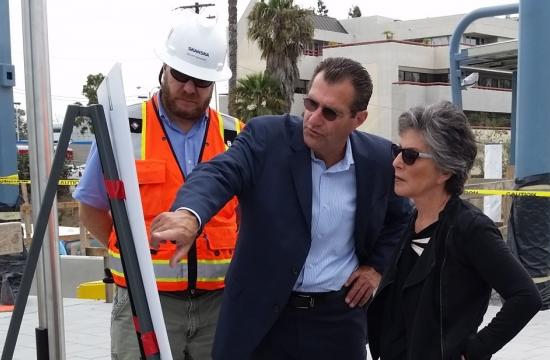 Redeem™ is rated 90% cleaner than diesel and is considered the cleanest transportation fuel available. Redeem™ is non-fracked methane harvested from organic waste in landfills.

Senator Boxer called on Santa Monica to support her proposal named Developing a Reliable and Innovative Vision for the Economy (DRIVE) Act, S.1647. DRIVE is a six-year Surface Transportation Reauthorization Bill which would increase funding above current levels and would help address the nation’s massive infrastructure investment backlog.