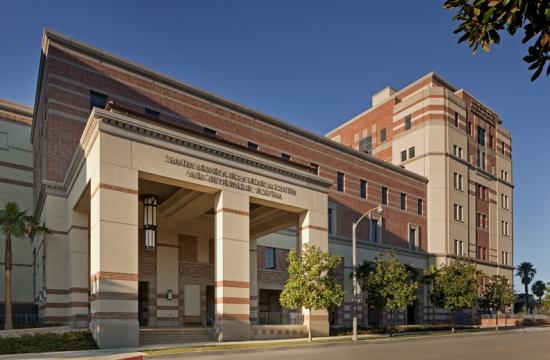 UCLA Health’s hospitals in Westwood and Santa Monica have been named to U.S. News and World Report’s 2015-2016 Best Hospitals Honor Roll. UCLA, which previously ranked No. 5 in the country, tied for No. 3 this year.

The Honor Roll highlights 15 hospitals out of nearly 5,000 nationwide for their expertise in treating the most challenging patients in at least six medical specialties.

“We are truly honored to be recognized as one of the top hospitals in the country,” said Dr. James Atkinson, the interim associate vice chancellor and president of UCLA Hospital System. “Our ongoing commitment is to deliver the highest-quality medical care available in a compassionate environment where patients and their families are treated with dignity and respect.”

UCLA ranked highly in 15 of the 16 specialties judged for the report.

To be included on the Best Hospitals Honor Roll, a medical center must rank high in at least six of the 16 specialties in which U.S. News ranks hospitals.

“Fewer than 150 hospitals, less than 3 percent of the nearly 5,000 we evaluated, were nationally ranked in even one specialty, let alone six,” said Ben Harder, chief of health analysis at U.S. News.

“Ranking among the ‘best of the best’ is a reflection of the dedication of the people in our entire UCLA health organization,” UCLA Health Sciences Vice Chancellor Dr. John Mazziotta said. “Every member of our team should be commended for putting patients first and helping to earn this distinction.”