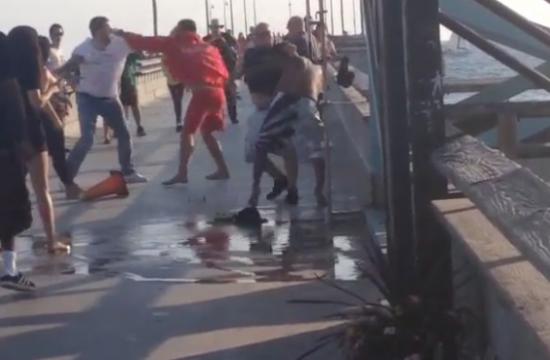 Three people were taken into custody today after a lifeguard was attacked at Venice Beach.

The detained trio was involved in a dispute, possibly over a woman, before the male lifeguard was attacked, according to CBS2.

One suspect was also hospitalized. His condition was not known, Marquez said.

The cause of the incident was under investigated, Marquez said.