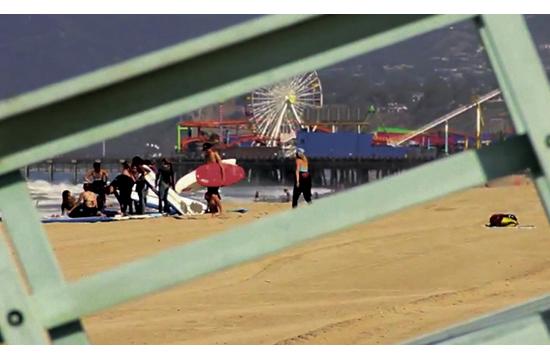 Imagine that you’re a business owner in Santa Monica and your business is teaching people how to surf: you’re a surf instructor. You follow the law and pay the city for a permit that grants you access to an area of the beach to hold your lessons — not because you want to, but because it’s in compliance with the city’s regulations governing surf instructors. In addition, the permit requires you to pay 15 to 20 percent of your gross income to the city, which also has regulations over the size of your surf classes and on instructors, too.

Now imagine that your competitor is conducting their surf classes anywhere they want along the beach, sometimes even infringing on your permit area, but they do not have a permit and are therefore not obeying class size regulations and aren’t being taxed a single cent.

Then imagine that you have routinely — and by routinely, lets say for the past three years — brought all of this to the city’s attention, replete with pictures and other information of these illegal operations, yet the city still hasn’t done anything about it.

This maddening situation is exactly what Allen King, owner of Aqua Surf School in Santa Monica, finds himself right in the middle of. His business follows all of the city’s regulations, while others don’t — and he suffers because of it.

“You’re having operators who are charging 50 percent of the cost of what a normal operator has to charge because they’re not required to follow certain protocol, safety measures, and carry licenses,” King said. “It’s basically like we are just paying the city for absolutely nothing. [The city doesn’t] do their job and they haven’t done their job.”

For the past three years, King has tried to make the city do something about this problem, which, King says, is so out of control that surf instructors now come from as far away as Orange County just to conduct surf lessons in Santa Monica because of the non-existent enforcement.

“They’ve allowed people to be breaking rules for the full three years,” said King, referring to how long each permit is valid for. “There’s been pretty much zero action. They didn’t even know who is permitted to do what until I started to force them to do their job…enforcement didn’t even know who had what permit and we’ve had several meetings with the enforcement team.”

Some days, just down the beach from where King is teaching a class, a surf instructor will be violating some regulation, almost flaunting their disregard for the city’s rules in his face: some having too many kids than any permit allows, others don’t have licensed instructors, and sometimes all the rules are being broken at once.

The initial permit fee is $153.75, but permit holders must also pay a minimum of 10 percent of gross receipts, but most end-up paying around 15 percent, with a couple paying between 17 and 20 percent, according to the city.

Through this permitting process, the city has records of who has permits and where they are permitted to operate, even going as far as giving permitted instructors’ colored rash guards to wear so as to distinguish them from violators.

“We actually revoked three last year and they were not reissued,” said Karen Ginsberg, Director of Community and Cultural Services, regarding the enforcement of surf instructors. “They were for a variety of violations and they went to court and they were revoked. The court upheld the revocations in those cases.”

But for King, who has been vocal to the city about this issue for years, said it is too little too late.

“I’ve been asking the city to do something for three years now…they are just taxing us and they aren’t doing anything for those taxes, and they’re starting to take measures now, but it’s just because I am raising a fuss about it. The moment I stop talking about it they won’t do anything,” said King.

Recently, when pressed for answers about the lack of enforcement, enforcement officials told King that they had recently cited people on the beach earlier that week.

“So I went Monday, and they’re still out there,” King said, referring to those instructors most recently cited by officials. “The same people are still doing it, and I called the city and they’re at the point where they wrote the citations and now they’re done.”

According to the city, the fine for administrative citations related to park and beach violations is $250, which King says violators won’t mind paying because enforcement won’t ticket them again. King said the $250 penalty is cheaper than giving a percentage of their gross income to the city, which permit holders are required to do.

“Summer season will be over by the time the city does anything, if at all, and by then no one will be on the beach anymore,” said King.

With the new short-term rental law now going into effect, it is worth wondering how the city will manage to enforce those laws when something as easy as citing surf instructors not wearing colored rash guards with city logos on them is this difficult.