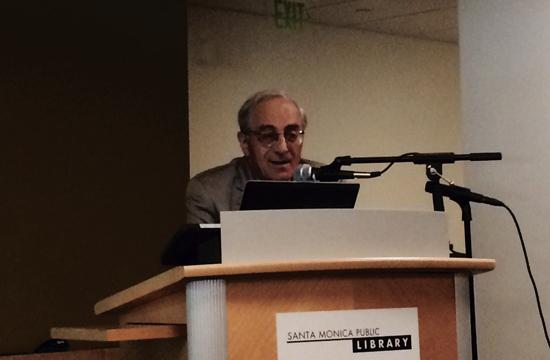 Will Santa Monica be following Los Angeles with an increase in minimum wage?

That issue was discussed during a special meeting of economic leaders at the Santa Monica Public Library on Wednesday, Aug. 12. The purpose of the meeting was to gather input and feedback from the local business community about a potential Santa Monica minimum wage ordinance, modeled after that of the city of Los Angeles.

In June, Los Angeles mayor Eric Garcetti signed into law a bill raising the minimum wage from $9 per hour to $15 per hour by 2020. Minimum wage will increase each year starting in July of 2016 in the city of Los Angeles, when it will be raised to $10.50 per hour. It will continue going up each year until hitting $15 per hour in 2020.

Across the state of California the minimum wage is expected to increase to $10 an hour in 2016.

“This whole development of minimum wage is very exciting,” said Michael Reich, a professor and chairman of the Center on Wage and Employment Dynamics at the University of California in Berkeley who was the main speaker in Santa Monica on Wednesday. “It’s happening all over our country.”

Reich has closely studied the minimum wage increase and feels it could be positive on many levels.

In a March 2015 report to the Los Angeles City Council, Riech and other economic leaders at UC Berkley stated: “The benefits of the minimum wage law outweight the costs in L.A. City. And when the larger region is considered, the net impact on the law will be positive.”

In his presentation to the small group in Santa Monica, Reich talked about four industries with low-wage workers that will be effected by a potential minimum wage hike. The main one is food services such as restaurants and fast food chains, followed by retail trade, health care and social assistance, and temp agencies, security and janitorial.

Those industries account for nearly half of the projected workforce in 2019.

The restaurant industry will experience the largest impact of a minimum wage increase, according to Reich. It’s estimated that 77 percent of restaurant workers will receive a wage increase by 2017 (rising to 80 percent by 2019).

Reich said that one benefit to a wage hike is that “workers will stay longer and are more motivated to stay at a job with higher wages,” thus creating less turnover.

This applies to other industries as well.

“Raising wages in human services and early care and education has benefits for clients as well as workers,” Reich and his associates stated in the report. “There is a well-documented link between quality jobs and quality care in human services.”

As far as retail businesses are concerned, Reich pointed out that some companies like Target and Walmart are already working ahead to raise wages.

“Retail has been transformed enormously over the last 25 years because they’ve been able to use computer technology,” Reich said.

On the other side of things, low-wage employees often deal with stress of trying to make ends meet.

“Low wages have been shown to affect workers negatively in a variety of ways,” Reich’s report stated. “The health impacts are most pronounced. Low wages (and in turn poverty) result in increased rates of high blood pressure and high levels of stress as well as shorter life expectancy.”

Making things less stressful on full-time employees might be one reason Los Angeles has adopted the new minimum wage law. As for whether Santa Monica will follow in L.A.’s lead only time will tell. The next meeting is scheduled for Tuesday Aug. 18 from 2 pm to 4 pm at Santa Monica Main Library, 601 Santa Monica Blvd., Multi-Purpose Room (second level).

Economic leaders will likely meet with Santa Monica City Council later in September to give a report and recommendations.