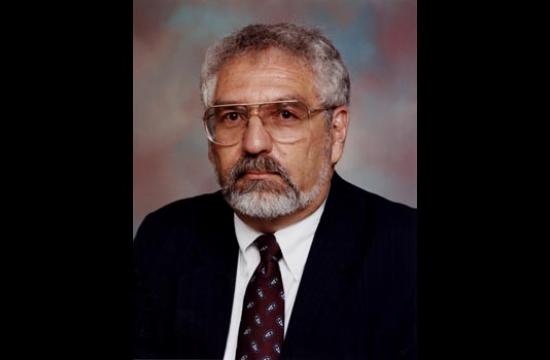 Stephen M. Drezner, a RAND Corporation analyst and executive who conducted early research into the evolving relationship between humans and computers and later helped shape and guide the growth of the nonprofit institution over a 34-year career, died Aug. 20. He was 77.

“It is hard to overstate what Steve meant to RAND,” said Michael D. Rich, president and chief executive of RAND. “His career spanned a period of important diversification at RAND, and he made significant contributions in many policy areas. For those of us fortunate to work closely with Steve, he is truly unforgettable.”

Soon after joining the RAND Corporation as a research analyst in 1963, Drezner investigated the “interaction between man and computer” as it related to a countdown environment that could result in the launch of a vehicle. The report also explored the potential pluses and minuses of extending computer control.

It was one of at least a half-dozen research projects he carried out on the role of computers in modern life. Much of this research, conducted into the late 1970s, focused on helping the U.S. Air Force effectively harness computer technology.

In 1984, Drezner helped persuade the U.S. Army’s Arroyo Center to move from Caltech’s Jet Propulsion Laboratory in Pasadena to RAND’s Santa Monica headquarters. He then served as the first director of Arroyo, a federally funded research and development center for studies and analysis. He had already spent three years as director of RAND’s Air Force research group.

James A. Thomson, president emeritus of RAND, said helping to bring Arroyo to RAND “was the most important thing Steve did — and then he led it. He had a lot of experience in this area because of his leadership in the Air Force division. He knew how to balance the requirements of objective research and the needs of clients.”

In 1992, Drezner became the founding director of the Critical Technologies Institute, another federally funded research and development center that RAND managed until 2003. At the institute, he oversaw the formation of national technology policy before becoming a senior vice president for planning and special programs in 1997. That same year he was named founding director of RAND’s Science and Technology Unit.

As senior vice president for special programs, Drezner helped RAND establish its first official presence in Europe in 1992 — the European-American Center for Policy Analysis, the precursor to what is now known as RAND Europe. He also helped form RAND’s Center for Information Revolution and Analysis, which addressed the impact of information technology on society.

When his health required him to take a break from working full-time, Drezner retired from RAND in 1997. At the time Thomson, then president and chief executive of RAND, called Drezner’s departure “a significant loss” and said “he has made invaluable contributions as an analyst, leader and mentor.”

Stephen Michael Drezner was born in the New York City borough of Queens and earned a bachelor’s degree in mathematics from Queens College in 1957. He earned another bachelor’s, in industrial engineering, in 1959 from Columbia University and a master’s in quantitative analysis in 1965 from USC. He completed the coursework for a doctorate in quantitative analysis from USC, but never wrote his dissertation, his family said.

At RAND, Drezner was a key analyst and program director in resource management and related fields. His diverse portfolio of publications focused frequently on leadership of both civilian and military workforces at the Pentagon.

In a 2004 publication he co-authored, “New Approaches to Developing the Air Force’s Senior Leader Workforce,” Drezner suggested ways the Air Force could improve leadership skills. They included putting greater emphasis on the experience needed to succeed in a position and exposing middle-grade officers to a broader range of operational and organizational experiences.

Drezner was part of a RAND team in 2008 that examined whether a variety of senior military officers, senior Department of Defense civilian executives and senior noncommissioned officers were sufficiently prepared for joint military activities. The report concluded that the military would benefit from providing more training, education and experience in joint matters.

As a senior vice president, Drezner had played an integral role in planning the institution’s research agenda and business strategy, and in strengthening its human resources. After leaving RAND, Drezner continued to be affiliated with the institution as a part-time analyst and as a senior advisor to the president. He also served on the executive board of RAND Europe for many years.

“He had an outsize personality, gregarious and full of humor,” Thomson said. “He attracted people, which helped him when he worked on research teams and when he was in executive management. He was a great leader.”

For the past 17 years, Drezner had lived in Lock Haven, Pennsylvania, where he was president of Beth Yehuda Synagogue.

He is survived by his wife of 58 years, Naomi; five children, including a son, Jeffrey, who is a senior policy researcher at RAND; and nine grandchildren.