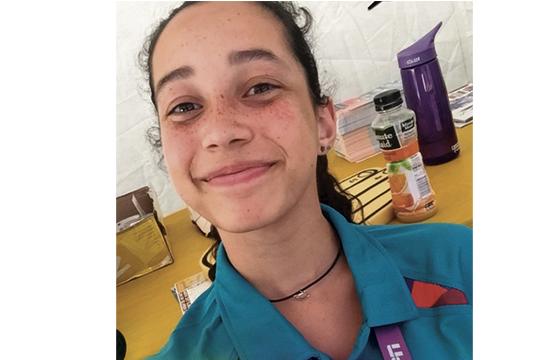 Fun fact: the girl scouts do more than just sell thin mints and somoas, though that’s what it may seem like to an average hungry person in the height of cookie season. Girl Scouts are known for several good deeds and public relations, including giving awards for exceptional endeavors. Only a select few shine to the top. However, none is more deserving than Santa Monica Girl Scout Madison Seifer.

Seifer, who has been in the Scouts for almost nine years as a member of Troop 8355, has launched a website called Bridging Our Circle of Friends (BOCF), which focuses on bringing together those with special needs with other members of the community.

“One of the main issues I have noticed is the lack of integration between students on campus and special needs students,” Seifer said. “The goal and focus of my project will be to bring awareness to this problem.”

She also cited her uncle as a major influence on her willingness to launch this project.

A special education teacher at McBride High School for over 20 years, he passed away in July.

When Seifer saw how many former special needs students of his showed up to pay their respects at his funeral, it resonated with her deeply. Inspired by her uncle’s legacy, she decided to make her own by spreading more awareness about disabilities.

“They’re beginning to be represented in media and in our lives more often now, and it’s time that the public is educated and accepting of them,” she said

The project itself will focus on workshops that allow the two groups to integrate together and form friendships within this community.

She is to turn in her final proposal for BOCF in October, as well as participating in an exit interview before receiving the Girl Scouts coveted Gold Award.

The Gold Award, which turns 100 years old in 2016, is a national award that goes to girls with significant leadership skills, creativity, and efforts to make the world a better place. It also requires at least 80 hours of planning and putting into practice a large-scale project that has a lasting impact on a community, which is what Seifer has done in spades with BOCF. She is excited for what is to come in the future not just for the award, but for the potential of BOCF itself.

Seifer also volunteered at the 2015 Special Olympics in Los Angeles.

“It was so positive and encouraging every day I came to work, and I will always cherish the experience of volunteering,” she said. “It was so amazing to get to meet not only awesome athletes but people from around the world, cultures mixing together in harmony.”

Madison Seifer has done more as a high school student than most people have in their twenties on the whole, and yet she maintains a humble and positive attitude.

She hopes Bridging Our Circle of Friends will bring the special needs community closer with people of other groups, and hopes to see others in their communities volunteer to help those with special needs.