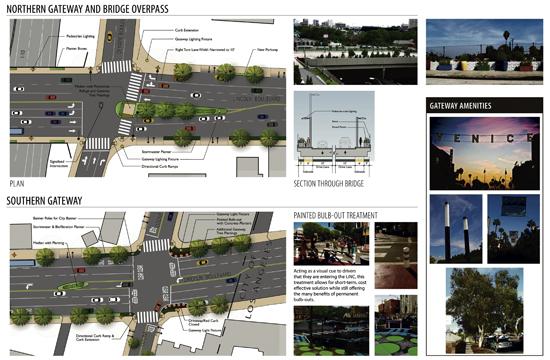 What started as a small grassroots movement three years ago has caught fire and grown into a full-blown effort to improve the busy stretch of Lincoln Boulevard in Santa Monica between the 10 Freeway and the south city limits at Ozone Ave.

It’s called the Lincoln Neighborhood Corridor Plan (or “The LiNC”), and members are committed to working with city leaders, local businesses, and property owners to come up with a positive vision for the future of this corridor.

The latest workshop for “The LiNC” was held Thursday, Aug. 6 at John Muir/SMASH Auditorium.

“We have about a dozen key contributors and 80 volunteers that have expressed an interest in being involved,” said Roger Swanson, one of the leading members and key contributor of the LiNC. “We’re kind of a loose-knit group of people who are involved in the neighborhoods. I’ve been the coordinator but the ideas come from everyone.”

As stated in the group’s mission statement:

“The Lincoln Neighborhood Corridor Plan is meant to provide a comprehensive framework for the overall enhancement of the Boulevard, and will artfully weave together phased physical design improvements to the streetscape and right-of-way with policy and program level recommendations for improving vehicle flow and creating a more functional, aesthetically pleasing pedestrian experience that is supported and/or managed by the local business community and property owners.”

Swanson said that his group has been able to take their ideas to city leaders and others in the community.

“We’ve got a good relationship with the city,” Swanson noted. “We don’t tell them what to do; we just say here’s what people are thinking and here’s our data to prove it. We’ve generated a lot of ideas and have had over 600 people weigh in on our survey.”

The LiNC has conducted these surveys in the past to find out what local residents want to see improved. There are several areas of concern that Swanson and his group members are addressing when it comes to improvements on Lincoln Boulevard. Some of these concerns include busy traffic flow, narrow sidewalks and limited crossing, aging buildings, and homelessness.

Swanson feels that Lincoln Boulevard would benefit with the addition of more restaurants and cafes.

“That’s one of the things we want to see,” he said. “There are currently about 150 businesses on Lincoln and only about nine restaurants and a whole bunch of fast-food places. About one-third of the businesses are automobile related and used car lots. When we did a survey, the residents were strong in favor of adding restaurants and cafes, things you could walk to.”

Walking along Lincoln is another hot topic.

“Crosswalks are one of our top priorities,” Swanson said. “We’re considering three locations for crosswalks and we want what is called smart crosswalks with flashing lights. Those are relatively easy to get and will allow people to cross safely.”

To help beautify the sidewalk and business area, LiNC members are looking at adding more trees and brightening up the landscaping.

“That was one of our original requests,” Swanson said. “I think there have been about 50 locations identified where they want trees.”

There are other improvement areas identified as well, and Swanson is hopeful the project can be completed over the new few years. As the mission statement goes on to emphasize:

“Once complete, the plan is intended to be implemented incrementally as funding allows to create a high-quality streetscape and pedestrian environment that removes existing barriers, expands accessibility, increases safety, and improves public health among all non-motorized travelers.

“The plan is also intended to provide a foundation for ongoing collaboration between various city departments and stakeholders in reviewing and addressing long-term management issues affecting Lincoln Boulevard, including the development of targeted educational and outreach programs.”