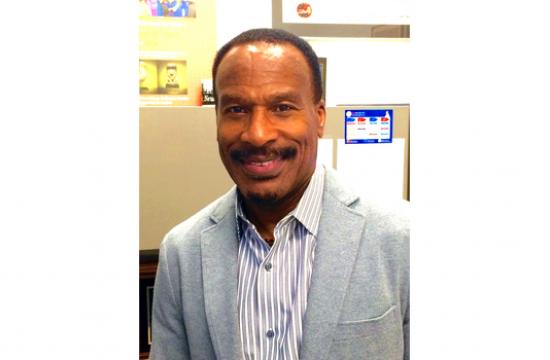 Santa Monica College (SMC) has announced the appointment of Frank R. Dawson as Associate Dean of Career and Technical Education (CTE). Dawson – a former media executive – was also a professor in and chair of SMC’s Communication and Media Studies department. He stepped into the position on July 1 after serving in an interim capacity since February 1, 2014.

“Frank’s combination of industry experience, faculty leadership, and entrepreneurial skills will take our career technical education programs to the next level,” said Georgia Lorenz, SMC Vice President of Academic Affairs. “We are lucky to have his dynamic leadership at a time when the spotlight is shining bright on the value of CTE programs at community colleges.”

Dawson was instrumental in the development of SMC’s Promo Pathway – the nation’s first accredited on-air promotion and marketing production program – which trained underrepresented students for careers in creating TV promos in a partnership with the entertainment industry trade organization PromaxBDA and the South Bay Center for Community Development. The program is now offered at SMC as an Associate Degree and Certificate in Entertainment Promotion/Marketing Production.

In his new position, Dawson also serves as project director for SMC’s role in the Los Angeles High Impact Information Technology, Entertainment & Entrepreneurship, and Communications Hubs. Better known by its acronym, LA HI-TECH is a group of eight community colleges, 30 high schools, and 100 employers who will train students for some 4,000 tech and digital media jobs available in the next four years. In March 2015, LA HI-TECH was awarded national recognition as the Los Angeles area model program to expand access to tech jobs by President Obama’s TechHire Initiative.

As a tenured professor, Dawson led study abroad programs for SMC to Norway and South Africa. In 2004, Dawson was selected to be a member of a national media delegation to South Africa to examine changes in the country’s telecommunications and print media organizations since the ending of apartheid.

Prior to his arrival at SMC, Dawson’s media experience includes serving as Director of comedy development, and as Director of programming for Universal Television. He worked as production executive for the NBC dramatic series “Miami Vice”, and also served a six-year tenure at the CBS Television Network in various prime time TV administrative and production positions.

Dawson holds an M.S. degree in Television and Radio from the Newhouse School at Syracuse University – where he has been inducted into the school’s professional gallery of distinguished alumni – and he earned a BA in Sociology from Cornell University.

Santa Monica College is a California Community College accredited by the Accrediting Commission for Community and Junior Colleges (ACCJC) of the Western Association of Schools and Colleges (WASC). To learn more about SMC’s extensive CTE offerings, visit: www.smc.edu/CTEviewbook.