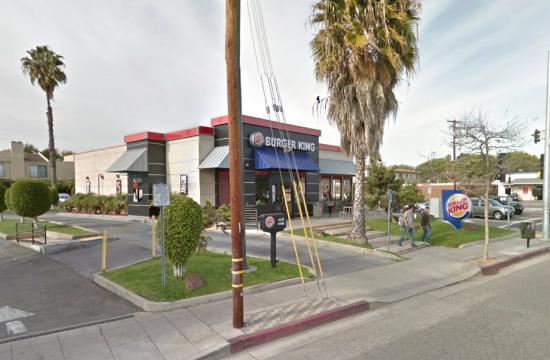 Bail was set at $50,000 for a homeless woman on Friday, July 24, after she stole an unattended cell phone at a fast-food restaurant, then kicked the phone’s owner after he tried to get it back.

At 11:09 am officers of the Santa Monica Police Department were called out to the Burger King at 1919 Pico Blvd. in order to investigate a possible case of robbery.

While the officers were en route to the location they received via their radio an update that included a detailed description of the female suspect.

The officers spotted the suspect in the 2000 block of Pico Blvd. and detained her.

The officers then spoke with the victim and a witness and the victim told the officers that he had been dining in the fast-food restaurant when he walked away from his table for a few moments.

He said that he had left several of his belongings on the table, including his cell phone, and added that he saw the suspect take the belongings and exit the fast-food restaurant.

He said that he attempted to stop the suspect outside the restaurant and that when he had attempted to do this the suspect had kicked him and kept him at bay until she had begun to leave the area.

A witness from the restaurant corroborated the victim’s version of events.

The victim then identified the suspect as being the same person who had taken his property.

The officers then arrested this 35-year-old homeless woman and she was charged with robbery.