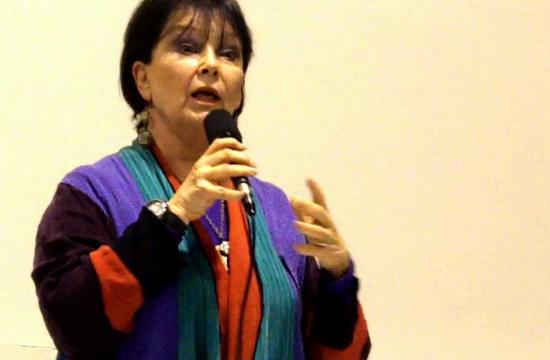 Yvonne Craig, who played heroine Batgirl in the 1960S television series “Batman,” has died of cancer, it was announced today. She was 78.

Craig died Tuesday night at her home in Pacific Palisades, surrounded by her immediate family, according to an announcement on her website. The cause was complications from breast cancer, which had metastasized to her liver, it said.

Craig began her theatrical career as the youngest member of The Ballet Russe de Monte Carlo and toured for three years when she was discovered by John Ford’s son, Patrick, and cast for the lead in the movie “The Young Land.”

Many years of film and television work followed, including two movies with Elvis Presley — “It Happened at the World’s Fair” and “Kissin Cousins.”

But she is probably best known for originating the role of Batgirl or playing “Marta” in the third season of “Star Trek,” portraying an insane green Orion Slave Girl who wanted to kill Captain Kirk.

She also appeared in several TV series, including “The Many Loves of Dobie Gillis,” “The Six Million Dollar Man,” “Mod Squad,” “Voyage to the Bottom of the Sea,” and “Love American Style.”

Craig was involved with social and philanthropic work and was a public voice to support worker unions, equal pay for woman, and free mammograms for women who cannot afford them.

She is survived by her husband, Kenneth Aldrich, her sister and two nephews.

A private service is being planned, the announcement said, though no date was immediately set.

The family asked that, in lieu of flowers, mourners make donations by mail to The Angeles Clinic Foundation, 2001 Santa Monica Blvd, Santa Monica, 90404.