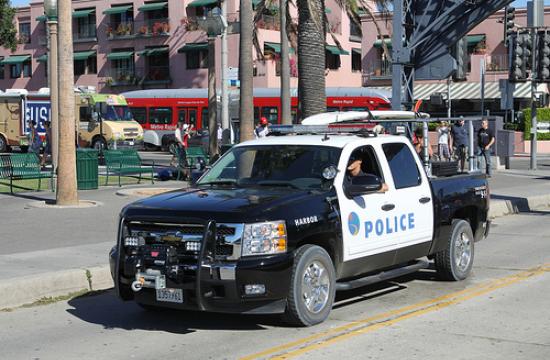 A 23-year-old Santa Monica man was arrested on Thursday, Sept. 3, after ripping a telephone from the wall of his mother’s business.

At 7:15 pm officers of the Santa Monica Police Department were called out to a store located in the 600 block of Marine St. in order to investigate a disturbance at the location.

Upon arrival the officers found that the suspect, a 23- year-old man from Santa Monica, was in the process of yelling wildly at the victim who happened to be not just the business owner but also the suspect’s mother.

The officers discovered that the suspect was yelling at his mother because he did not like the way that she had arranged the merchandise on display in the store.

The officers also learned that the suspect’s mother had previously summoned the police several times before on account of her son’s erratic and strange behavior. The mother stated that she was in fear for her life due to her son’s demeanor. The officers noticed that a telephone had been ripped from the wall and the victim explained that her son had become enraged when she had attempted to call the police and had ripped the phone from the wall and thrown if onto the floor.

A customer at the store had eventually called the police, however the customer had endured the humiliation of having a candy bar thrown into his face as he was making the call to the police.

The officers arrested the suspect and he was charged with delaying or obstructing a peace officer and maliciously obstructing a telephone line. Bail was set at $20,000