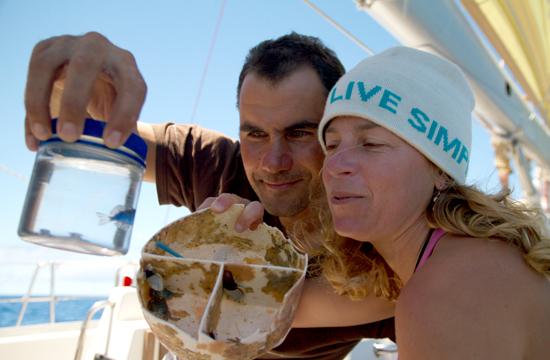 Legislation to ban mirco-plastic particle abrasives, commonly referred to as “microbeads,” from being used in products such as facial scrubs, soaps, and toothpaste passed the California State Senate on a 24-14 vote on Friday. The legislation, AB 888, authored by Assemblymember Richard Bloom (D-Santa Monica), would set up the strongest protections in the country against the use of these unnecessary and toxic microplastic beads.

“After two years of hard work from a broad coalition of public health and environmental organizations, elected officials and the public, AB 888 has successfully passed off the Senate Floor,” Bloom said in a statement. “California is a national leader on environmental issues. It is my hope that this legislation, which will create the strongest protections in the country, will be used as a nationwide standard for eliminating harmful micro-plastics from personal care products. We cannot afford to wait any longer to stop this pervasive source of plastic pollution.”

The Santa Monica-based nonprofit 5 Gyres, who co-sponsored the bill, has been an integral part in discovering and curbing the micro bead epidemic in the water.

Microbeads have emerged as a prevalent form of pollution in our waterways and marine environment, contributing approximately 38 tons of plastic annually. The tiny particles are prevalent in ocean debris piles, the Great Lakes, and were found in the Los Angeles River last year. Most mircobeads are not biodegradable and absorb various toxins such as DDT, PCBs (flame retardents), and other industrial chemicals and are ingested or absorbed by a variety of marine life and other mammals. Because fish ingest these particles and absorb the toxins in their flesh, many in the scientific community also worry about the impacts on the fish, crabs, and shellfish that humans eat.

While tiny, the size of microbeads is actually the biggest problem. Plastic microbeads used as exfoliants go down the drain. They are generally not recoverable through ordinary wastewater treatment, and thereby get discharged into the environment. As a result, these plastic microbeads are found in all oceanic gyres, bays, gulfs and seas worldwide, as well as inland waterways. A single product can contain as much as 350,000 polyethylene or polypropylene microbeads.

Fish species that humans harvest have been known to eat micro-plastic particles and the toxins absorbed in those plastics transfer to the fish tissue. Plastic microbeads pose direct threats to human health as well. Plastic microbeads used in toothpaste have been known to get stuck in a person’s gums which then collect bacteria and can lead to periodontal diseases. Humans eat fish and bivalves that have eaten microplastics which carry known dangerous toxins.

Now that AB 888 has Senate Floor, it will go back to Assembly for concurrence before continuing on to the Governor’s desk.