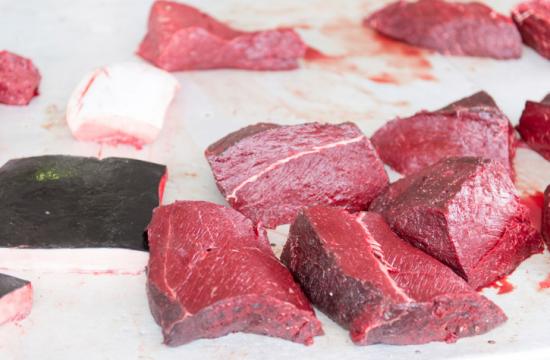 A seafood dealer was sentenced Friday to two years of probation for importing and selling endangered whale meat from Tokyo to a now-shuttered Santa Monica restaurant.

Ginichi Ohira, 54, was the final defendant to be sentenced in the five-year-old case stemming from an investigation launched after producers behind “The Cove” documentary secretly filmed a sushi chef illegally serving federally protected sei whale meat to diners at The Hump.

Ohira, who operated out of Gardena before returning to Japan several years ago, was sentenced in absentia by U.S. Magistrate Judge Paul L. Abrams, who waived fines but ordered a $25 special assessment.

“We’re pleased the case is over and justice has been done,” U.S. Attorney Dennis Mitchell said outside court.

Ohira pleaded guilty in 2011 to a misdemeanor charge of knowingly handling the internationally protected species for an unauthorized purpose in violation of the federal Marine Mammal Protection Act.

The Hump, which was located near the runway at Santa Monica Airport, was forced to shut down after undercover agents and environmental advocates discovered the violation.

The chef, Kiyoshiro Yamamoto, was fined $5,000 in May and ordered to complete 200 hours of community service during two years of probation.

Sei whales are listed as both protected marine mammals and endangered species. It is illegal to sell any kind of whale meat in the U.S.

Yamamoto, fellow chef Susumu Ueda and The Hump’s parent company, Typhoon Restaurant Inc., were all initially charged in 2010. The charges were dropped, then refiled and revised last year.

Yamamoto and Ueda pleaded guilty last year to misdemeanor counts of conspiracy and the sale of marine mammals in violation of the Marine Mammal Protection Act.

Restaurant owner Brian Vidor and his company were also sentenced to fines and probation after he confessed to knowing his chefs were serving the prohibited meat.