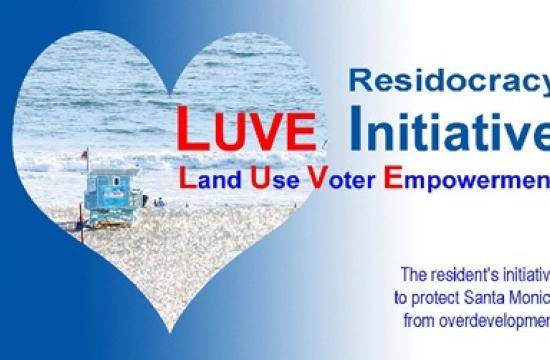 Those who support requiring voter approval of large development projects in Santa Monica are signing the e-Petition that was just launched by Residocracy, the all-volunteer, grassroots group that in 2014 mobilized residents and stopped the Hines development project at the Papermate pen plant site.

The Hines referendum began with an E-petition that led to a petition for a referendum and concluded with City Council withdrawing support for the development project that would have generated 7,000 more car trips a day.

The e-petition for an initiative can be accessed by clicking the link here.

The electronic petition seeks to measure whether there is significant support among residents to advance a ballot measure for an initiative that would require voters to approve large development projects and also to approve of any major amendments to planning documents.

Successful initiatives of this kind have been passed in a number of California cities – including Malibu – where a majority of residents felt city hall was not acting in their interest when it came to dealing with intense pressures from developers.