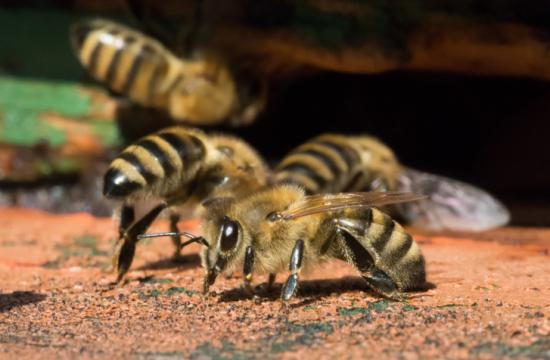 The bulk of the ordinance has already been written in draft form, essentially restricting hobbyist beekeeping to the backyards of single-family homes. A final version is expected to be brought back for a council vote soon.

In addition to outlining buffer zones and areas on a property where hives can be kept, the proposed rules also call for beekeepers to raise walls or hedges that are high enough to keep bees within their hive area.

Under the draft rules, a water source would also need to be maintained near the hives so the bees would not need to venture outside of the beekeeper’s backyard to get hydrated.

Urban beekeeping has grown in popularity among residents, and could help stem a 40 percent drop in the bee population, according to Councilman Jose Huizar, who chairs the Planning and Land Use Management Committee that recently advanced the draft language.

The activity could also benefit the state’s major agricultural industries, with some almond growers currently paying to maintain hives in places as far as New Zealand, Huizar said.

If the City Council approves the final ordinance, Los Angeles would join Santa Monica in legalizing so-called “backyard” or “urban” beekeeping. The hobby also is allowed in other urban areas such as New York City and Denver.

The Planning Department and the City Attorney’s Office created the proposed rules after the City Council ordered a study last February into ways to legalize backyard beekeeping.

The council action came in response to a growing chorus of Angelenos advocating for “urban beekeeping,” including from some residents in the Mar Vista area who said increased beekeeping helps to fight a troubling, downward trend in the bee population that could threaten the health of local agriculture.

Some council members voiced concerns that the bees could pose a danger to residents, with then-Councilman Bernard Parks referring to the National Geographic documentary “Attack of the Killer Bees,” about a dangerous variety of bees encroaching into the southern United States.

Planning officials who consulted bee experts over the last year wrote in a recent city report that the variety of honey bees used in beekeeping are “non-aggressive” but may “sting in self-defense of their hive if it is approached.”

When the bees leave their hives to collect food – potentially coming in contact with humans – they “do not become defensive or aggressive or have reason to sting,” according to the report, which also noted that Los Angeles already averages about eight to 10 feral bee hives per each square mile.

The addition of backyard honey bees would not cause a shortage of bee food supply in the city due to the area’s steady climate. But if there were a shortage, the feral populations would likely leave the area to find alternative sources of food supply, according to the bee experts consulted by planning officials.