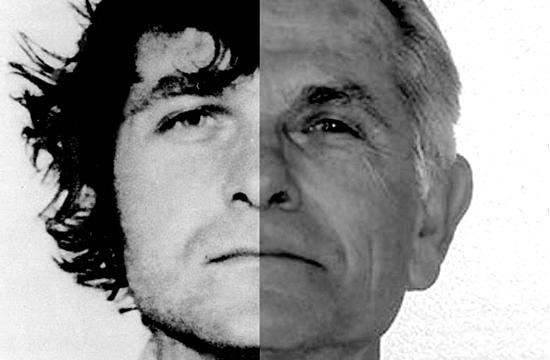 If this seems like deja vu, that’s because it is. For the twenty-ninth time since he was convicted in two of the nine gruesome killings conducted by the cult-like Charles Manson “Family” in the late 1960s, 72-year-old Bruce Davis is up for parole.

Gov. Jerry Brown has until the end of December to veto a late August finding by the state Parole Board finding Davis eligible for release from prison. He’s now held in the California Men’s Colony in San Luis Obispo.

Brown has demonstrated in the past that he knows Davis and other followers of Manson – himself held in Corcoran State Prison – should never go free.

When parole officials last found Davis suited for release, Brown wrote a six-page ruling reversing the decision. He made this salient point: “In rare circumstances, a murder is so heinous that it provides evidence of current dangerousness by itself. This is such a case.”

Previously, Brown and other governors declined to release Davis because he refused to accept any responsibility for his role in the slice-and-dice murders of aspiring musician Gary Hinman and movie stuntman Donald “Shorty” Shea.

Davis insisted for more than 40 years that he had little to do with those deaths, saying about Shea’s murder that he had inflicted only a “token” stab wound on Shea’s shoulder, while Manson himself made the fatal stabs and cuts. Finally, in 2013, Davis admitted he sliced Shea from armpit to collarbone.

Shea’s carved-up body was later found in small pieces spread around the former Spahn Movie Ranch in the Santa Susana Pass area between Los Angeles and Simi Valley, where cowboy stars like Gene Autry and Roy Rogers once roamed. Many episodes of TV shows like Bonanza and The Lone Ranger were at least partially filmed there. But by 1969, when the Manson group moved onto the ranch, owner George Spahn had become elderly, frail and unable to resist the cult’s takeover of his land.

In Hinman’s slaying, trial testimony by a former Manson follower revealed, Davis held a gun on Hinman while Manson slashed his face with a sword and tried to extort money from him. Hinman’s dead body was later found in Davis’s home, with the word’s “political piggy” scrawled in blood on a wall.

There is no evidence, however, that Davis was involved in the better-known Manson Family murders at the Beverly Hills-adjacent residence of movie star Sharon Tate and the Los Angeles home of grocer Leno LaBianca and his wife Rosemary. Other race-tinged messages were written in blood within the LaBianca house.

It can be difficult for those not involved in investigating or covering the Manson Family crimes to appreciate the depth of their depravity and cruelty. The upshot was that not only were the victims killed, but the murders were done in the most painful and vicious manner conceivable, each concocted to serve some purpose linked to Manson’s vain hope of spurring a race war to which he applied the name “Helter Skelter.”

While it’s true that in more than 40 years as a prisoner, Davis has married, fathered a child and earned a doctoral degree in religion, the question of why he ever should be freed remains unanswered given the lives he helped end abruptly in some of the bloodiest possible ways.

While the many millions of Californians either not resident here or not even born at the time of those murders may not remember their impact, Brown certainly does. Back then, he lived in Laurel Canyon north of the Sunset Strip and not far from Tate’s rented house in Benedict Canyon. He may even have felt the fears experienced by other canyon dwellers aware that the Manson killers cut power and telephone lines in an era long before cell phones. Their impending victims could not call for help or even see much as their executioners approached in the dark.

Brown’s statement when Davis last came up for parole demonstrates he knows the depth of these crimes. The hope is that this former Roman Catholic seminarian has not lost the understanding that some crimes are simply too horrible ever to be forgiven, no matter how goody-two-shoes their perpetrators may appear to have become years later.

Email Thomas Elias at tdelias@aol.com. His book, “The Burzynski Breakthrough, The Most Promising Cancer Treatment and the Government’s Campaign to Squelch It,” is now available in a soft cover fourth edition. For more Elias columns, visit www.californiafocus.net.