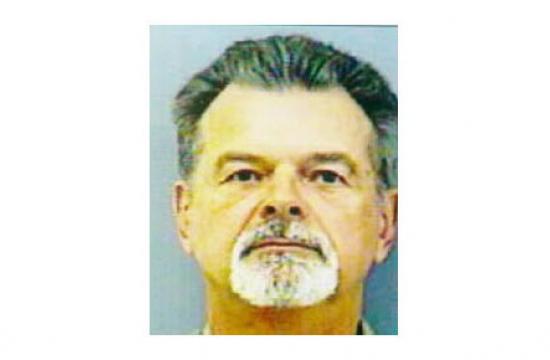 An 81-year-old pedophile who previously served time for molesting a Southern California child was sentenced today to 10 years in federal prison for having sexual contact with two 12-year-old boys in Southeast Asia.

Jack “Dad” Sporich was expelled from Cambodia in 2009 and charged in a three-count federal indictment in Los Angeles as a result of a crackdown on “sex tourists” who travel to Southeast Asia to engage in illicit sex with children.

Witnesses said Sporich, who once lived in Santa Monica, drove his motor bike through the streets of the resort town of Siem Riep, dropping Cambodian currency to attract children.

Several boys stayed at his home in Cambodia, which had a swimming pool, water slide, video games, toys and clothing, authorities said.

One of the victims, who was brought to Los Angeles to testify at today’s hearing, told U.S. District Judge Philip S. Gutierrez through a translator that after the defendant’s arrest, he was threatened by Sporich’s adopted adult children.

He said he felt forced to leave his family and move to Cambodia’s capital city of Phnom Penh for safety.

Speaking softly, he added that Sporich’s adopted foster children “are all grown up and they hate me.”

Sporich apparently moved to Cambodia in 2005, a year after his release from Atascadero State Hospital, a maximum security psychiatric center for sexually violent predators.

In 1987, Sporich was convicted in Ventura County of lewd acts with a child under 14 years of age and sentenced to 18 years behind bars.

In June, Gutierrez rejected efforts by Sporich to withdraw his May 2010 plea to traveling overseas for the purpose of engaging in illicit sexual conduct with minors.

Under his plea deal, Sporich was sentenced today to the 120-month prison term, five years of supervised release and lifetime sex offender registration. Gutierrez also fined the defendant $125,000 and ordered him to pay about $15,000 in restitution to Hagar International, an organization which helps victims of human rights abuses in Cambodia and elsewhere.

The judge said the plea agreement was “very difficult for me to accept,” adding that he was concerned that Sporich would resume abusing children when he is released.

“To expect that this man is going to do anything other than hurt children is fantasy land,” Gutierrez said. “This is a man that’s already served 18 years (on child sex charges) — and 18 years was not enough to stop him. Ten (more) years isn’t enough to stop him. A longer sentence would be much more appropriate.”

Sporich was arrested by Cambodian authorities after two boys said they had been repeatedly molested by him. In summer 2009, Sporich was expelled from the country and brought to Los Angeles to face trial.

Given an opportunity to address the court, Sporich apologized “for the things that happened,” and told the judge that he has a now-grown son in Cambodia who “was not abused, touched or anything.”

“Unfortunately, a lot of things happened with other children,” Sporich said. “I’m truly sorry for the things I’ve done — and they have to live with it.”

Gutierrez said the one factor in Sporich’s favor was his age.

Sporich and two other men were charged six years ago under the Protect Act, which became law in 2003 and made it easier for U.S. authorities to prosecute people for overseas sex crimes. Federal authorities have made more than 70 arrests under the act in countries including Cambodia, Thailand and the Philippines.