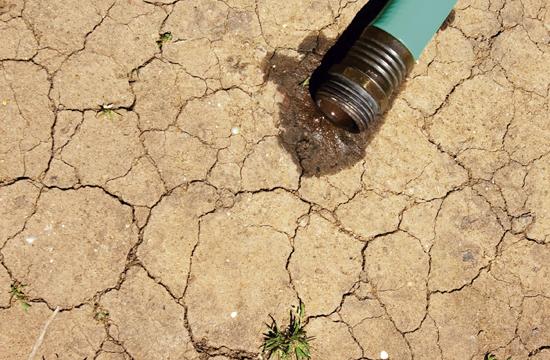 Water wasters, be warned. The City of Santa Monica is ready to impose fines and penalties for those who do not follow the rules when it comes to water conservation.

“We will focus on people who have not taken any action to cut back on their water use,” said Dean Kubani, the manager for Santa Monica’s Sustainability and the Environment office. On Tuesday, Kubani spoke to the city council regarding an update on the water shortage response plan.

In January of 2015, in response to the fourth year of an unprecedented drought, the Santa Monica City Council adopted the Water Shortage Response Plan (WSRP) requiring a 20 percent reduction in water use from 2013 through the implementation of water use allowances and penalties.

For the most part, Santa Monica residents have done a good job in keeping with the water

conservation effort. From June to August of this year there has been a reported 22.5 percent cumulative water savings among Santa Monica residents, above what they have been required.

“Santa Monicans are taking the drought very seriously,” Kubani said. “We’ve seen a very positive response and I expect to see a continued response throughout this period.”

While many Santa Monicans have already met the goals of water conservation, not everyone is so environmentally aware.

According to Kubani, the stiffest penalties will be directed at the most “egregious” water abusers. Fines could now include $250 for a first time violation, $500 for the second water viola- tion, and $1,000 for a third violation.

In addition, some people might have to be educated through a web-based “water school” to educate them on water use conservation and regulation.

Kubani said he looked at other cities as a guide for fines and penalties and also sought input from a water advisory group. Since January, no one in Santa Monica has yet been fined for water misuse, but that might change in the months ahead.

“We’re going to be looking for egregious water wasters,” Kubani emphasized. “There are some people whose water bill is a drop in the bucket … or some don’t pay water bills.”

Some people might get warnings at first for water misuse; others might be fined. The hope is that local residents will get the message about the importance of conserving water.

Santa Monica resident Jerry Rubin feels the plan is a good one.

“Whether the drought ends or not I think we should continue this (water enforcement program),” Rubin told City Council. “There’s no excuse to not save water in any way we can.”

Council agreed and voted 7-0 in favor of the new water response plan with fines and penalties. Another look at the issue is expected in November.

Since 2007, with the exception of 2011-12, California has been in a drought. The current drought has seen some of the lowest rainfall and snowpack since 1896.

Over the past year Governor Jerry Brown has talked about the seriousness of the drought situation and the importance of water conservation throughout California.