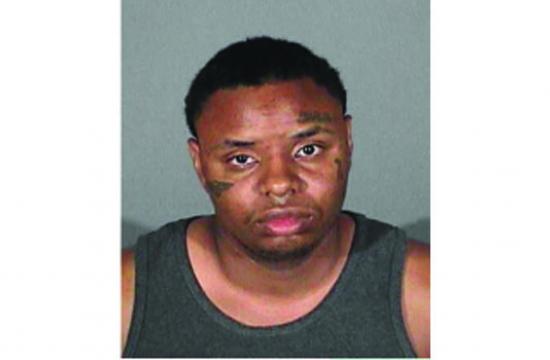 The Santa Monica Police Department is calling for information about a series of linked crimes involving false report calls, a commercial burglary, and an improvised explosive device (IED).

On Friday, Aug. 28 at approximately 4:29 am, a window smash, commercial burglary occurred at the Verizon Wireless Store located at 1322 3rd St.

Prior to the time of the burglary, the Santa Monica Police Department (SMPD) received two false reports of an emergency. Several attempts to reach the caller were unsuccessful. No crime or reporting party was located on either instance. The phone used for the fictitious 911 calls was later found to be associated with the identified burglary suspect at the Verizon Wireless Store; Equonne Howard, a resident of Los Angeles.

That same day at approximately 10:15 am, SMPD officers responded to a suspicious package call in the area of 12th Street and California Avenue. Officers arrived and located a shoe box wrapped with brown duct tape emitting a ‘humming’ noise on the roof of a vehicle parked in an open carport.

The Los Angeles County Arson and Explosives Detail responded and determined that the box contained an improvised explosive device (IED) comprised of caustic materials. The device was transported to an off-site location and rendered safe.

Based on investigative leads and evidence developed by Santa Monica Police Detectives and the Santa Monica Police Department’s Forensics Unit, the false report calls, the commercial burglar,y and the placement of the destructive device were linked and traced back to suspect Howard. Howard was subsequently taken into custody. A search warrant at his residence yielded additional evidence. The case has been presented to the Los Angeles District Attorney’s Office for criminal filing.