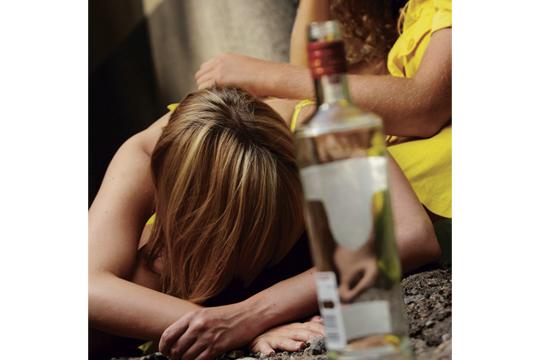 Underage drinking is still a problem across the nation, but in popular beach communities like Santa Monica and Venice it can be even more of an issue. One group trying to address the problem of teen drinking is the Westside Impact Project.

“Our goal is to reduce underage drinking in Santa Monica and Venice,” said Sarah Blanch, the Director of the Westside Impact Project (WIP). “Obviously, the larger goal is reduce all the problems that extend from underage and binge drinking.”

For now, though, Blanch and her group are focusing on the local areas.

“Both Venice, Santa Monica, and areas of West L.A. are hospitality-oriented communities,” she said. “So they have a very high concentration of bars and restaurants and liquor stores. And there are a lot of outcomes that can flow with that.”

According to a report published in December of 2013 on the WIP website, there are more than 300 businesses that sell alcohol in Santa Monica’s 8.4 square miles. An L.A. County public health report ranked Santa Monica eighth highest out of 117 communities for its rate of motor vehicle crashes. And Santa Monica’s rates of violent crime and alcohol-related deaths were severe enough to be ranked “high” in L.A. County communities.

“Alcohol has such a profound effect on public health and safety,” Blanch stated.

The problem extends to Santa Monica’s youth. In the 2013 report, 75 percent of Santa Monica High School juniors reported that alcohol was “very easy” or “fairly easy” to obtain. Another 43 percent reported having had a drink in the past month, while 26 percent of the students reported “binge drinking” (five drinks or more in one session).

Even more startling is the fact that alcohol is responsible for more than 4,700 underage deaths nationally every year. Youth who drink alcohol are in danger of a range of harms including school problems, unplanned sexual activity, and injury from alcohol-related car crashes and other accidents.

Blanch said that her group, the Westside Impact Project, remains committed to “reigning in alcohol-related problems and make Santa Monica and Venice safer.”

One way of doing this is through a proposed “Social Host Law,” which levy an administrative fine against adults and landlords who knowingly allow a party at a property they own or rent. According to WIP, “Social Host laws give law enforcement a new, more effective tool to close loopholes in the law and control private parties where underage drinking occurs. They also reinforce a new community norm that underage drinking is not acceptable (and hold adults allowing parties responsible).”

Blach said that both Santa Monica and Venice don’t currently have “Social Host Laws” in place, and earlier this month she stated her concerns to the Santa Monica City Council.

“We are just bringing the data to the powers-that-be, City Council and law enforcement,” she noted. “If they decide that based on the data [a Social Host Ordinance] is a good fit for Santa Monica, then we’ll see if it moves forward.”

“As Mayor, I’ve asked city staff, particularly our police department, to explore the benefits of the suggested Social Host Law and make recommendations,” McKeown said. “Any potential ordinance will of course have to come to the whole city council in a fully-noticed public hearing.”

Social Host laws are currently in place in all municipalities of Ventura and San Diego counties, as well as multiple other cities and states throughout the country.

“The goal is to deter incidents of loud, out-of-control underage drinking parties,” Blanch added. “These parties are consistently the biggest source of harms. That’s where there’s drinking and driving and DUIs and traffic accidents. So a lot of communities are turning to Social Host Ordinances because laws like that create a deterrent effect.”

“We are doing all this in combination with high-visibility campaigns,” Blanch said. “Santa Monica is a very forward-thinking community and the police department are involved in some campaigns.”

The Westside Impact Project is being directed by the Institute for Public Strategies (IPS), a non-profit organization with a history of partnering with communities to improve health, safety, and quality of life.