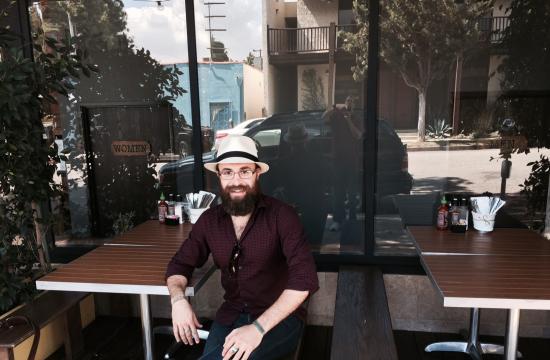 As the head of the Santa Monica Neighborhood Restaurant Coalition, Hunter Hall is deeply concerned about issues affecting local businesses.

Hall is not afraid to voice his concerns about the many challenges facing restaurant owners today. One of the big changes that might be upcoming in Santa Monica is a new minimum wage hike. The City of Los Angeles already passed a minimum wage increase that will go up to $15 per hour in 2020, and Santa Monica could very well be next.

“We’re not fighting anybody on the wage,” said Hall, who is also the Director of Operations for CBB Restaurant Group. “We want everyone in our restaurants to have a great minimum wage. The only thing we’re trying to do is create a dialogue with the city (of Santa Monica) to have an open discussion on what they can do to make it easier for us as operators to transition between the current paradigm and what I believe will be the future.”

The future, according to Hall, might mean an end to the long-standing tradition of “tipping” in restaurants.

“The entire tipping procedure as we know it, I predict will go away,” Hall stated. “Tipping is really an American thing. America is one of the only countries that has this bizarre tipping paradigm. I think eventually we’ll have more of a European model where employees are just getting a higher hourly rate and that’s it.

“In the American dining scene for the past 50 years tipping has become so engrained in everyone’s mind. People who go out to eat will tip constantly between 15-25 percent. The problem, specifically in California, is it propogates radical inequality between the front and back house of restaurants.”

Hall feels a more fair system to employees would be to implement a “service charge” where tips are included in the overall cost. In this way all restaurant employees – cooks, servers, etc. – would share in tipping profits, Hall said.

“Everybody who works in a restaurant is a team,” Hall said. “Everybody works just as hard as everybody else. The reason (the service charge) is a great system is that it allows the operator of a business to decide what the math is and figure things out.”

Hall believes that the “service charge’ model could be important to the survival of restaurants in the future.

“A lot of restaurants are starting to transition to a service charge model,” Hall said. “Service charges are nothing new; they’ve been used for years.”

Hall pointed out that many waiters and waitresses in Los Angeles County make minimum wage or slightly above plus tips. The Santa Monica Neighborhood Restaurant Coalition (SMNRC) was created to address needs of small businesses in the local area. Currently between 100-150 restaurants are part of the local coalition.

“We’re a relatively new group,” Hall noted. “We communicate with our members through email and we’re planning on having an upcoming meeting.”

The group wants to stay connected with city leaders as well.

“Really, the number one issue is keeping an open dialogue with the city and with Council members and the Chamber of Commerce to make sure that we have an ongoing and healthy discussion with one another,” Hall said. “Hopefully the city takes a really long hard look at just how difficult it is for someone to open a new business in Santa Monica. I can tell you firsthand that it’s hard running a business not only in California but Santa Monica as well. There are some really crippling regulations and minor issues that could lead to fines.”

Some of the main items on the SMNRC’s agenda include: a Santa Monica Specific Study; sufficient time for public comment and input (on the minimum wage increase); a responsibly phased-in implementation and annual reviews; relief for businesses that employ students and youth; a delay in additional paid time off; service charges permitted without restrictions; and non-profit exemption.