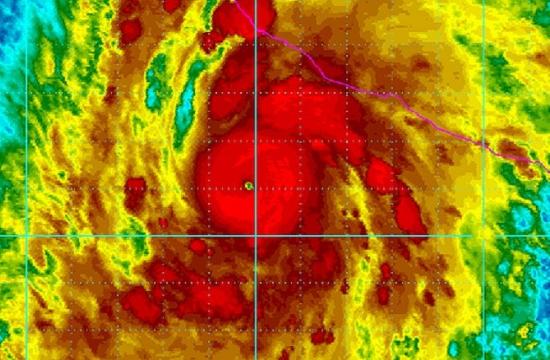 The U.S. State Department is urging American citizens in Puerto Vallarta or other hurricane-affected areas of Mexico to do their best to keep relatives apprised of their whereabouts.

“Stay clear of beaches, as rough seas associated with storm conditions create severe hazards,” according to an online emergency message to travelers. “Stay clear of downed power lines. Take precautions against the effects of rain, strong winds and large and destructive waves.

“We strongly encourage you to take shelter as advised by Mexican authorities or at any time you feel you are in danger,” according to the warning.

U.S. citizens were also urged to monitor radio and local media, along with weather services in the United States and Mexico to stay abreast of the weather conditions. U.S. citizens can also alert the State Department that they are being affected by the storm by sending an email to PatriciaEmergencyUSC@state.gov.

Officials with the Mexican Consulate in Los Angeles said  have established a hotline for members of the Southland Mexican community to keep up-to-date on the effects of Hurricane Patricia.

According to the consulate, officials updates will also be provided online at www.proteccioncivil.gob.mx and on Twitter pages @PcSegob, @LuisFelipe_P and @conagua_clima.

The consulate also provided phone numbers for temporary shelters set up in:

Southland residents whose travel plans to or from Mexico may have been impacted by Hurricane Patricia could be eligible for refunds or free rescheduling, but travelers should check policies with individual airlines.

Delta Air Lines, for instance, offers refunds if a flight is canceled or “significantly delayed,” according to the airline’s website.

Puerto Vallarta’s airport was closed overnight. But was expected to re- open this afternoon. Delta officials noted that even if flights are not canceled, passengers traveling to or from Guadalajara or Puerto Vallarta through Sunday can make “a one-time change to your ticket without fee,” as long as the ticket is reissued by Oct. 30 and rebooked travel begins by Oct. 30.

American Airlines officials said they have “relaxed” the change-fee policies for travelers affected by the hurricane. One-time ticketing fees will be waived for American Airlines passengers who are scheduled to fly this weekend to or from Mazatlan or Puerto Vallarta.

Alaska Airlines officials said they were also waiving change fees and price differentials for passengers affected by the hurricane. Passengers can contact the the airline’s reservations department at (800) 252-7522.