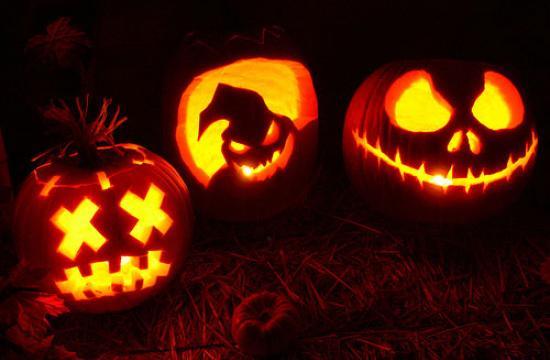 Los Angeles Mayor Eric Garcetti and Los Angeles Fire Chief Ralph Terrazas have put out a call for Halloween safety, urging parents to keep a close eye on their trick-or-treating youngsters and motorists to watch out for costumed children who might wander into streets — worried more about collecting candy than being safe.

“Whether they’re going as Batman, Taylor Swift or a child-sized Oreo cookie, the focus remains the same — secure more candy than any adult in their life considers healthy,” Garcetti said at a Toluca Lake pumpkin patch.

The mayor urged people to be particularly vigilant when they are driving.

“Whether you’re driving your car, or whether you’re rushing off to your Halloween party and don’t see kids that are there, it’s a night you have to be extra, extra careful,” Garcetti said.

Terrazas noted that Halloween is traditionally one of the busiest nights of the year for fire department crews.

“Responding to kids that are hit by cars in a Halloween costume on Halloween night — it doesn’t get any more tragic than that,” he said.

Terrazas recommended that parents be sure their children have flashlights and cell phones, and stay on sidewalks while trick-or-treating. They should also have costumes that don’t restrict their vision.

He said this year could be extra busy for emergency crews, since Halloween falls on a Saturday night.

“I would anticipate that there’s going to be more parties, more activities than there would normally when it occurs on a weekday night,” he said.

The city officials also urged parents to go along with their children when they are trick-or-treating, even if some of the older kids might not like that advice. Terrazas said it’s an argument he has had with his own children, who told him, “Dad, I don’t want to be seen with you, I’m old enough.”

While Halloween is an exciting time for children — and many adults — it may not be as much fun for pets, who can easily become spooked by the repeated ringing of doorbells or knocking on doors, and Southland animal officials urged pet-owners to take precautions.

Officials with LA Animal Services and the Society for the Prevention of Cruelty to Animals Los Angeles stressed that animals aren’t always happy being dressed in costumes, no matter how cute the owner may believe them to be. Animal Services officials recommended that pet owners stick with no more than a decorative collar — ensuring that it has an ID tag with proper contact information.

Here are a series of tips offered by various animal-safety groups:

— Ensure pets are licensed and microchipped with current information.

— Keep animals in a room away from the front door while trick-or- treaters are visiting.

— Do not take pets trick-or-treating.

— Ensure that burning candles and jack-o-lanterns are kept away from animals and their wagging tails.

— Keep pets away from candy, which can be toxic to them, and keep a phone number handy for poison control and a veterinarian just in case.