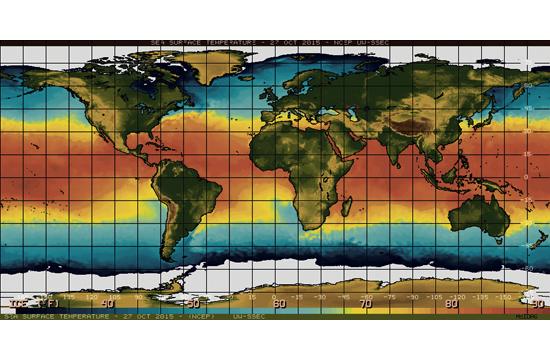 El Niño is coming. It’s just a matter of time.

“According to experts, El Niño is too big to fail,” said Dana Murray, the Senior Coastal Policy Manager for the Santa Monica ocean initiative Heal the Bay. “All the signs are there and everyone is now expecting this. It’s just not a prediction.”

No, El Niño appears to be a very real and likely threat to Southern California and other areas of the country. Early indications are that a major set of storms could be hitting greater Los Angeles this fall and winter. That likely means a lot of rain, which should help the California drought situation. But the expected deluge also poses many challenges for local beaches and residences.

“Of course we won’t know how much rain is going to inundate L.A. and how long it’s going to last,” Murray said. But the Santa Monica marine scientist knows this much: expect more extreme rain, wind, and perhaps strong storms in beach areas that can cause coastal erosion and flooding.

“What will be El Niño ’s footprint be on our beaches this winter? No one can say for sure, but the expected heavy precipitation and storm surges in California this winter will certainly take their toll on our local shorelines,” Murray stated. “Couple that with the already rising sea levels due to climate change and the outcome could be seriously destructive and dangerous for coastal life.”

She added that some of the most vulnerable areas include Malibu, Marina del Rey, Long Beach, San Pedro, and areas south of the Santa Monica Pier.

To help draw awareness and attention to the situation, experts from Heal the Bay and around L.A. put together seven days of special programming from Oct. 11-17 called “El Niño Week.” Programming included a lecture at the Santa Monica Pier Aquarium and a beach cleanup day in Venice.

“The good news is that California has invested a lot of money and resources to plan (for disasters) along shorelines,” Murray said. “So California is moving in the right direction.”

Local groups like Heal the Bay are helping lead the effort.

“At Heal the Bay, we’re committed to advocating for environmentally sound climate change adaptation methods through participating in local stakeholder groups such as Adapt-L.A., Murray stated. “We analyze and comment on proposed plans and policies, and educate the public about the coastal threats associated with climate change. We want to help everyday people understand how they can support sound solutions that protect our critical natural resources.”

According to Heal the Bay, experts predict a 95 percent chance of moderate El Niño conditions to continue into the winter. The last major El Niño in Southern California took place in 1997-98. Above average ocean temperatures this past summer have mirrored the events of 1997.

An El Niño is caused by the prolonged warming water temperatures in the Pacific Ocean.

It occurs alongside Southern Oscillation, which is the change of atmospheric pressure over the eastern and western Pacific Ocean.

The warmer ocean temperatures this year, thanks to a high number of hot and humid days, has brought a vast array of sea creatures including many species of sharks to Los

Angeles beaches. Shark sightings and attacks have popped up at an alarming rate in 2015.

“If our ocean temperatures remain high there’s a reasonable expectation that we’d see more warm-weather species moving to the beaches of California during El Niño ,” Murray pointed out.

The rise in the sea level is another indication that things are changing.

“According to the Santa Monica tide gauge, right now our local sea level is 10-30 centimeters higher,” Murray said. “So we are already in an elevated position for coastal flooding and erosion risk.”

The combination of climate change and El Niño could create a “double whammy,” according to Murray.

“Scientists predict that super or Godzilla El Niño events will double in frequency due to climate change,” Murray asserted. “This is not to say that we will have more El Niño s, but rather the chances of having extreme El Niño s doubles from one every 20 years in the previous century to one every 10 years in the 21st century.”

Whether or not L.A. will be hit by a super-sized El Niño this winter remains to be seen.

But Murray and the staff of experts at Heal the Bay want to be ready for whatever comes along.

“Preparing for El Niño and climate change requires time, money and planning,” Murray said. “But by investing in the long-term health of our coastal communities we can foster resilience to coastal climate change.”