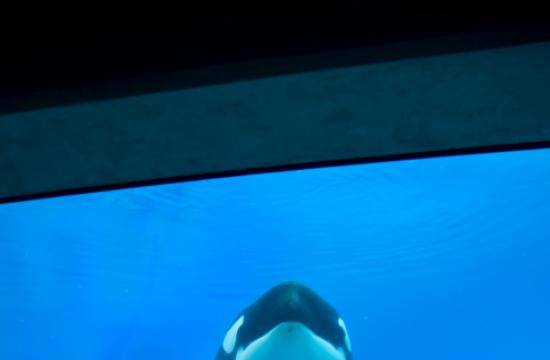 A controversial plan by SeaWorld San Diego to expand its killer whale tanks is scheduled to be considered today by the California Coastal Commission.

The plan has drawn objections by some animal rights advocates, but commission staff has recommended approval.

Executives at the theme park on Mission Bay want to build two orca pools, one filled with 5.2 million gallons of water and the other with a capacity of 450,000 gallons, to replace the current 1.7 million gallon tank. The project also would include replacing bathroom facilities for visitors.

Animal rights groups that have been trying for years to get the orcas released into the wild argue that the whales might have larger tanks under the SeaWorld plan but would still be captive.

People for the Ethical Treatment of Animals said in a statement that hundreds of the group’s supporters will attend the meeting in Long Beach to urge commissioners to vote the project down.

“SeaWorld’s tanks, regardless of size, deny these highly intelligent animals the social bonds, open space, freedom, and stimulation that they would have in their natural ocean homes,” said PETA Executive Vice President Tracy Reiman.

“PETA is calling on the California Coastal Commission to vote down SeaWorld’s Blue World Project, because what these orcas need is to be released into a seaside sanctuary, not a rebranded prison.”

Dr. Paul Ponganis, a research physiologist at Scripps Institution of Oceanography, said last week that the project will result in new opportunities for researchers to conduct studies that will benefit killer whales and other cetaceans in the wild.

SeaWorld also agreed to not increase its orca population except through occasional captive births or rescues authorized by government agencies.

According to SeaWorld, the project is supported by the national and state associations of zoos and aquariums, some veterinarians and researchers, and a bipartisan group of local elected officials.

California Coastal Commission staff attached eight conditions to its plan-acceptance recommendation; they are designed to limit the project’s impact on the surrounding area.