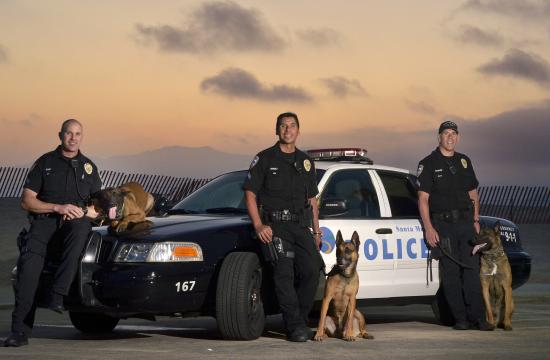 It is a sad day at the Santa Monica Police Department as its members mourn the passing of Police K-9 “Pavo,” a seven-year veteran of the force.

Pavo was lost to complications from a medical condition. A cross-trained, Belgian Malinois from the Netherlands, Pavo faithfully served the Santa Monica community, its Police Department, and his partner-handler, Officer George Mendez as a narcotics detection and patrol K-9.

“Pavo was a loyal partner and family to all of us,” said Sergeant Roberto Villegas, who heads the K-9 Unit. “Our hearts go out to Officer Mendez and his family.”

At the end of their work shifts, police K-9’s get to go home with their partners and become part of the handler’s family.

Police K-9’s are expected to routinely put their lives on the line to protect those who are sworn to protect. Pavo passed away peacefully at home while in the care of Officer Mendez and the treating veterinarian.