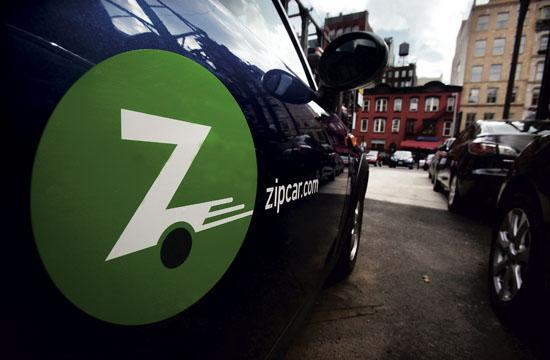 A two-year pilot car sharing program with Zipcar is coming to the City of Santa Monica by the end of the year.

The City approved the contract at Tuesday’s City Council meeting as part of the consent calendar.

The City will provide a minimum of 20 on- and off-street parking spaces for the program. The car sharing program, which won’t cost the City to participate, will offer members a fully automated online reservation and billing system that would provide access to a fleet of self-service vehicles strategically placed throughout the City.

“Development of this program is an important tool in contributing towards a reduction in vehicle ownership to promote alternative transportation modes to achieve the City’s Land Use and Circulation Element (LUCE) goal of No Net New PM Peak Hour Vehicle Trips – and the City’s top Strategic Goal of establishing a new model for mobility,” according to city staff. “It is anticipated that the pilot public car share program would begin operation late in 2015, and provide the traditional model of roundtrip car sharing services. If the program is deemed successful, two additional one-year options for renewal may be exercised at the City’s sole discretion.”

The aim is that car sharing, a system where pre-approved members have access to private automobiles at a specified hourly or daily rate (inclusive of fuel, insurance, and maintenance), will provide residents, employees, and visitors with convenient and viable alternatives to car ownership while also serving as a first- and last-mile option for transit riders.

The partnership between the City and Zipcar comes almost three years after the idea was first officially discussed at City Hall.

In 2012, City Council approved an ordinance to authorize the implementation of a City car share program and allows staff to designate specific on-street parking spaces for the exclusive use of car share vehicles.

Subsequently, on June 25, 2013, Council authorized a two-year contract with Hertz Corporation to provide a pilot car share program in the City of Santa Monica.

As previously reported in The Mirror, Hertz became non-responsive during the contract negotiations and on May 27, 2014, Council withdrew authorization of the negotiations with Hertz and directed staff to initiate a new request for proposals for the Pilot Car Share Program.

Subsequently on July 28, 2015 Council authorized the first reading of amendments to Chapter 3.06 of the municipal code allowing for the designation of car share spaces in public off-street City-owned parking facilities.

“The addition of a public car sharing service in Santa Monica for visitors, residents, and employees would facilitate choosing transit, biking, walking or ridesharing for primary trips by offering the option of an automobile for trips when a vehicle is necessary,” according to the City. “Staff is recommending a pilot car share program to enable the provision of car sharing services in advance of the Expo Light Rail opening in a format that provides the flexibility to meet the needs of the City and current and future car share users.”

The car sharing provider will cover all direct costs associated with the pilot program.

City staff will work with Zipcar to identify and prepare agreed upon parking locations, develop a marketing and outreach plan for the Santa Monica launch, and implement a kickoff event inclusive of extensive neighborhood-based marketing.