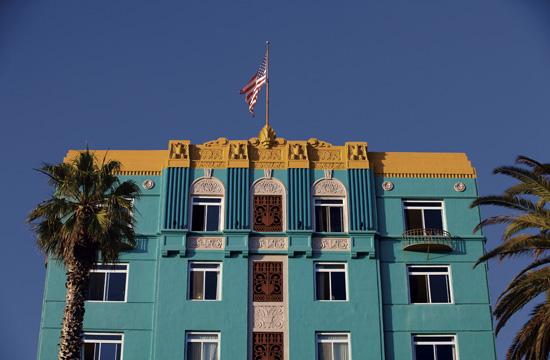 The Georgian Hotel in Santa Monica is considered an historical landmark that transcends time, but all things change in time and so it is with this longtime local establishment.

Last Tuesday, the council approved some changes that hotel management was seeking. The biggest change from past years is that now the Georgian will soon be even more accessible to locals and tourists who want to eat and drink at the famous hotel.

The famous downstairs speakeasy will become a restaurant open to the public with the entrance through the hotel lobby, where serving drinks will be allowed and the difficult-to-enforce two drink maximum has been dropped. Patrons will also be able to order alcoholic drinks without having to order food.

In addition, the hotel is planning to expand drinking in the lobby area with 13 additional seats.

“We think council and staff did a good job with handling things,” said Kevin Kozal, whose law firm represents the Georgian Hotel. “The resolution was fair and reasonable.”

Upon the council agreement, the Georgian will have to provide 15 off-parking spaces to mitigate the impact of these changes.

Santa Monica Mayor Kevin McKeown stated that “the historic nature of the Georgian provided the necessary finding for us to grant the variance for the downstairs space and lobby realignment.” The Mayor argued against the use of the entrance adjacent to the residential building next door; that will be restricted to an emergency exit only.

The famous speakeasy restaurant can hold up to 90 guests and combines old Hollywood ambience that is unique to Santa Monica. Now, instead of just hotel guests using the speakeasy, everyone will be able to use it as well.

The Veranda restaurant patio also draws in many diners looking to get a great view of the ocean.

The Georgian Hotel opened in 1933 and is considered an art-deco masterpiece and recognized as one of Santa Monica’s first “skyskrapers.” Classic Hollywood glamour graces every aspect of the hotel with a patio view provided by the Veranda.

For the past several decades the Georgian Hotel has drawn vacationers from around the globe looking to bask in exclusivity and classic Hollywood ambience. Now, it appears even more people will be able to experience this local landmark.