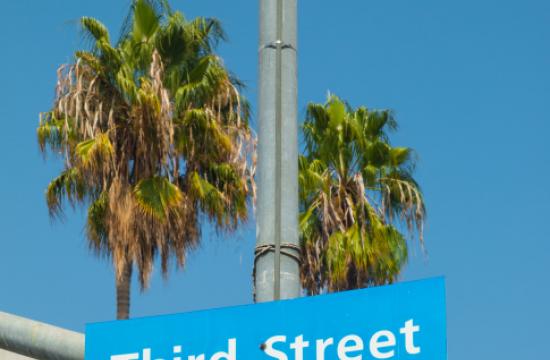 A homeless man was arrested on Friday, Sept. 26, after being caught stealing $369 worth of merchandise from two stores on Third Street Promenade.

At 1:45 am an officer of the Santa Monica Police Department responded to a report of a theft at a retail store located in the 1400 block of Third Street Promenade.

Upon arrival the officer spotted the suspect in conversation with two Public Service Officers. The officer approached and began to get involved in the process. The officer searched a bag belonging to this suspect and discovered numerous items that appeared to have been stolen from two separate retail outlets on Third Street Promenade.

The officer asked this man how he had come about these items and the man responded by telling the officer that he had simply put them in his bag. The officer then spoke with an employee at one of the stores in question and this employee told the officer that a shopper had been a witness to the thefts and had informed the store employee what the suspect had been up to.

This 46-year-old homeless man was arrested and charged with theft of goods valued at $369. Bail information was not available at the time that this report was compiled.