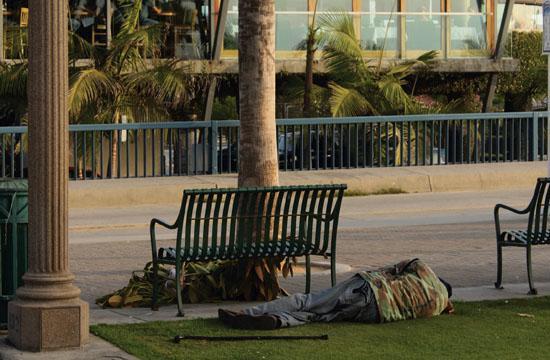 The Board of Supervisors agreed today to spend $15 million on programs to rapidly re-house homeless people and assist families on the brink of living on the streets.

Supervisors Mark Ridley-Thomas and Michael Antonovich recommended moving forward now, rather than waiting for the results of a strategic plan on homelessness expected in February.

“With the harsh winter months approaching, and predictions of a severe El Nino season, there is a sense of urgency and a moral imperative to act now,” Ridley-Thomas said.

The board unanimously approved funding three separate strategies out of the county’s $101 million Homeless Prevention Initiative:

— $10 million for rapid re-housing of single adults who are not chronically homeless;

— $3 million to house homeless families with children; and

— $2 million to assist families on the brink of homelessness.

Dozens of advocates for those living on the streets praised the board’s move and stressed the critical need.

The number of homeless individuals is estimated to have jumped by more than 12 percent in the last two years.

This month and next, the county is holding summits with public and private stakeholders to develop a comprehensive strategy for addressing homelessness.

In the meantime, money is running low for programs designed to keep families from ending up on the streets, Antonovich and Ridley-Thomas said.

“These strategies have been proven to prevent and end homelessness and would allow the county to make a more immediate and substantive impact in areas with the highest need,” Ridley-Thomas said.