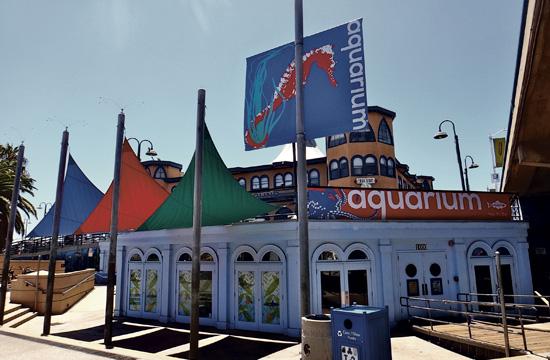 A 31-year-old homeless man obsessed with staring at fish at Santa Monica Pier Aquarium was arrested for trespass on Friday, Oct. 9.

At 1:05 pm officers of the Santa Monica Police Department responded to the Pier Aquarium, located in the 1600 block of Ocean Front Walk in order to investigate a report of trespass.

When the officers arrived they spoke with the manager of the aquarium who told them that that the suspect had been spotted inside the aquarium at a time that the business had been closed in order to accommodate a private visit by a group.

The suspect had been staring at fish inside the premises.

The manager said that he had recognized the suspect due to the fact that on many previous occasions the suspect had entered the business (with the intent of staring at the fish) illicitly by jumping over a fence located at the side of the business.

The manager added that he, along with other employees, had asked this man to leave several times but the man had been completely unresponsive and had appeared to be transfixed by the fish in the aquarium.

After a while, the manager said, this man had exited the building and had gone to sleep under a nearby tree.

The officers located the tree, and then the man, and awakened him. This homeless man was arrested and charged with trespass. Bail was set at $5,000.