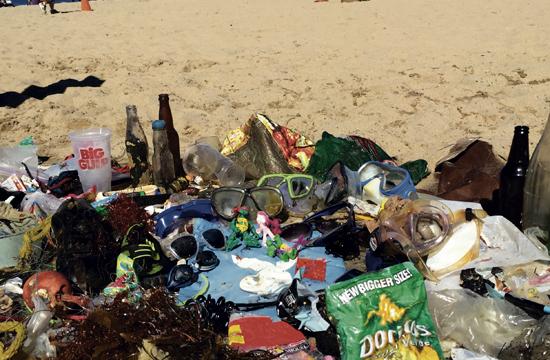 “It was absolutely horrifying,” Bonin said. “People took their children down to their beaches and found condoms, tampon containers and syringes.”

The worry, Bonin said, is that this could occur again with El Nino storms forecasted in the coming weeks.

“We still don’t have full answers for what happened,” Councilman Mike Bonin said of the Sept. 23 discovery, which prompted officials to close Dockweiler, Manhattan and Marina del Rey beaches for up to four days.

The Department of Sanitation’s working theory is that excess downpour from a recent storm dislodged 10-year-old debris trapped in a one-mile auxiliary pipe at the city-owned Hyperion Water Reclamation Plant. The city put the pipe back into commission recently after the five-mile pipe that had been in use was closed for maintenance work. Officials believe the one-mile pipe may not have been sufficiently cleaned following an earlier, 2004 sewage spill.

But Bonin said he was not convinced by the theory, saying he is “not completely sold on the idea that this wasn’t somebody dumping something.”

Bonin introduced a motion today calling on Sanitation officials to report back on its investigation into the incident in 21 days, and to come up with a plan to prevent something similar from happening again.

Council aides said sanitation officials may agree to report back sooner than requested.

Initial estimates indicated hundreds of pounds of plastic debris were strewn across the beach, but it appears that amount may amount to more than a ton of trash, said Alix Hobbs, president of beach-clean-up organization Heal the Bay.

Hobbs, who joined Bonin at City Hall for a news conference, described the scene along the beaches last month as “truly something that harkens back to the ’90s.”

“We have not seen this in the numerous cleanups that we’ve done at Heal the Bay for over 20 years,” Hobbs said. “So to find this on our beaches is really an assault.”

She said major issues that need immediate attention include making sure that the Hyperion Water Reclamation Plant, which treats wastewater, completes maintenance work on the five-mile outfall pipe by the scheduled Nov. 2 date, so that the facility can stop using the back-up one-mile pipe where the debris may have originated.

In addition to the Department of Sanitation’s investigation, the Regional Water Quality Control Board is also doing a “more detailed investigation” that may take a few months to complete, with a report to be released in January, according to Rita Kampalath, science and policy director for Heal the Bay.