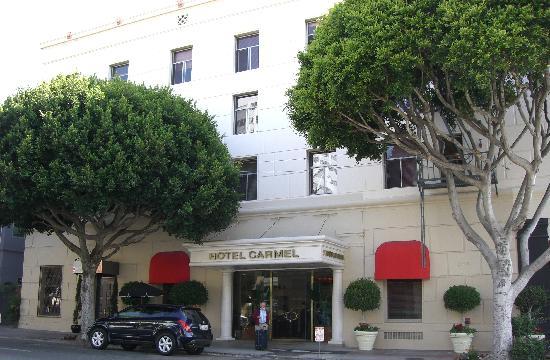 A 26-year-old Santa Monica man was arrested on Friday, Oct. 16, after breaking into a car, stealing a credit card and other belongings, then using the credit card to check-in at a local hotel where he was subsequently arrested.

At 1:30 am citizens, who had been the victims of an auto burglary, contacted the Santa Monica Police Department in order to report the incident.

The victims had parked their vehicle in the downtown parking structure number four, located at 1321 Second St. at about 7:30 pm the previous evening and when they returned they found that the vehicle had been unlocked and numerous items were missing.

These items included a backpack that contained several credit cards and a laptop computer.

As the officers were taking statements from these victims one of the victims received a telephone call from one of the credit card companies informing them that their credit card had just been used to rent a room at the nearby Hotel Carmel.

Other officers went to the hotel and spoke with staff members who confirmed that the credit card had indeed been used to rent a room and that the person who had used the credit card was indeed in the room at that time.

The officers went to the room in question and discovered the suspect inside the room along with all the other property that had been taken during the vehicular burglary.

Officers then arrested this man and he was charged with access card fraud, grand theft, identity theft, and possessing stolen property. Bail was set at $50,000.